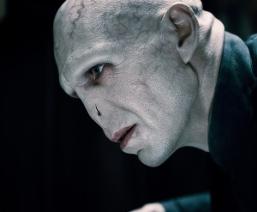 As Voldemort said to the pitiful remains of his death eaters upon his bodily return:

You see, I'd set up this whole contest in such  a way that I hoped it would attract more entrants. I asked for single trivia questions with answers--fun for you (or so I thought), less work for me when I do my next speaking gig ;P. I sweetened the pot by adding more books to the prize if the number of entrants grew--fifty entrants meant two books, seventy five meant three, a hundred meant four. With the number of nerds I associate with, and those nerds passing along the opportunity to other nerds, I figured I'd be buried under an avalanche of trivia and be giving away all four books.

Twenty entries. With a whole month of opportunity. And two were actually posted as comments on Facebook, which is not how I'd asked for the entries to be submitted, but I let it slide since I had so few to keep track of.

But the entrants who participated did so with enthusiasm!


And unlike Voldemort, I appreciate my faithful minions :).


FIRST....Let's get to it. The winner of Star of Justice, whose name was drawn from a bucket by my daughter (aka Beastie 2), is....

Congrats, Shae--I'll be emailing you for your mailing address. And just because I want all those people who didn't enter to kick themselves nice and hard, I'm including Aquasynthesis as well. 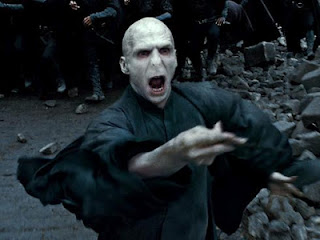 
Therefore, I'm giving the biggest rule-breaker award to RUTH for completely ignoring my rules, knowing darn well she'd only be getting one entry, and sending me like fifteen different questions. So, Ruth, I'll be emailing you and you can pick one of the other books-either Finding Angel or Odd Little Miracles.

And the almost rule-breaker award goes to CINDY K. She asked about sending more questions--oh a couple of times--but refrained. Therefore, Cindy, for your incredible self-control despite total geekishness, you can either take the book not chosen by Ruth, or I probably have another copy of Aquasynthesis if you'd rather have that.


There my little death ea--I mean, entrants. Your reward.

You know, your contest was a little harder than some others. It took me a few days to think up a trivia question that was appropriate for mass consumption. And yet you got 20 entries. I can totally relate. I've got a giveaway going where all folks have to do is give me their EMAIL address or post "enter me" on the FB fanpage and yet, I have only ONE entry. I confess myself disappointed too.

I guess I assumed so many of my friends who love to talk sf/f like crazy, who detail out entire passages in emails and blog comments, would be able to toss out trivia questions like nothing.

And I'm not *horribly* disappointed, but could not pass up using Voldemort :).

Hmmm... so does this make me the Barty Crouch Jr. of trivia providers?

I bet my next book will get you 30 participants.

Hey, 20 is better than 4. That's what I got with my last two ebook giveaway interviews. You did 4x better than those.

Anyway, yes! Get to writing!!!