I've actually been wondering what my blogging style would be labeled as. I seem to have found out: It's apparently "versatile."

Special thanks to Fred Warren for tagging me with the "Versatile Blogger Award" (see over there -->) and putting my mind at ease :).

The "award" comes with "rules" and they are thus:

3. In the same post, thank the blogger who nominated you in a post with a link back to their blog.
(Also done, and with "special" even.)

5. In the same post, include this set of rules.
(Er, yeah, you're reading them.)

6. Inform each nominated blogger of their nomination by posting a comment on each of their blogs. (That will be last, I suppose.)

So, with no further ado...my Seven Random Facts:

1--I played hand bells at church when I was in middle school. 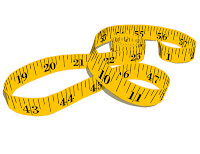 2--When I was in elementary school, there were exactly two kids who were taller than me: my friend Sharon and a guy named David (who are both still taller than me). I'm now 5' 9 1/2" and I have always resented that I couldn't have at least been an even 5' 10"--or better yet, a full 6'.

3--Height reminded me of this: In Pretty Woman the main character Vivian says, "My leg is 44 inches from hip to toe." Of course that made me curious and I took my own measurement. Guess what? 44 inches.Yep, I share the leg length of a fictional hooker.

4--I hate the band Rush. I mean, with a passion. And I cannot understand how every guy I have ever met adores them when the lead singer sounds like his boys are being squeezed in a vice. 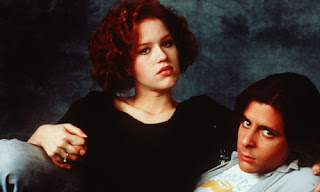 6--When I was around 20, everyone told me I looked like Molly Ringwald. Much of it had to do with my red hair, but the other feature often noted was my lips. (I don't so much look like her these days, btw.) (And bonus fact, inspired by the picture there--I had a major crush on Judd Nelson back then.)

7--I still remember Simon LeBon's birthday every year. NO, I don't celebrate it, but it never fails to pop into my head on Oct. 27th.

OK....more than you ever wanted to know, eh?

Robynn Tolbert, because I enjoy giving her annoying things to do.

Caprice Hokstad, because she's always in search of blog topics.

Diane Graham, because she is Diane! 'Nuff said.

Becky Minor, because she is a fellow author/artist with a "versatile" blog like mine and a really cool new book out, which will very soon be in print.

Kessie, because she's another author/artist with a penchant for "versatile" blogging and shares my love for dragons.

Heather Titus, because she writes steampunk, and she voted Finding Angel "Book of the Year" for 2011. She's also a new Featured Author on NAF. (Oh, and she loves my book.) She's going to have a baby, too. (And did I mention, she loves my book?)

Christian Miles, because his last post was one of these, too :P.

Keven Newsome, again, because I like to be annoying :).
Posted by Kat Heckenbach at 6:20 AM

All right, smarty pants. There you go. The obligatory post.

This is why I never played tag growing up. ;)

I suppose I'll start thinking up random things about myself.

Well, I appreciate you both playing along, Caprice and Christian :).

I'm about to go on a trip to meet my latest nephew, but I'm jotting myself a note to do this tag as soon as I have some free internet time. :)

Ha! I laughed out loud at #4, Kat. There have been times when I've read your commentary on issues, and came away with the feeling that we were twins separated at birth. So I've finally found something we disagree on. I would have predicted that you would gravitate towards artists that are known for thoughtful lyrics..whether theological or otherwise (Rush, Switchfoot, Nichole Nordeman)

Your point about "the boys" is well taken...that's why my favorite Rush begins with the "Hold Your Fire" era when Geddy's voice began to mature and deepen with age. He could still hit the high notes, but without the screechy quality of his younger days. If you haven't heard songs like "Time Stand Still" "Mission" or "Second Nature," you've missed some of the most beautiful (and true) lyrics ever penned.

Ah, now, I do love good lyrics, Alan! But just can't take the voice :). And I always figured if it makes me think of the vice thing, surely it would give guys that visual and make them flee :P. But alas, it seems to do the opposite. I am convinced there is a "loves Rush" gene on the Y chromosome somewhere. Right along with "ability to make machine gun noises."

Oh, and for the record, my musical tastes tend toward late eighties/early nineties American punk and industrial, like Nine Inch Nails and the Offspring. And some new-wave-ish stuff like Depeche Mode. Sinead O'Connor is one of my all-time favorites.

And also for the record, Duran Duran has some awesome lyrics :).