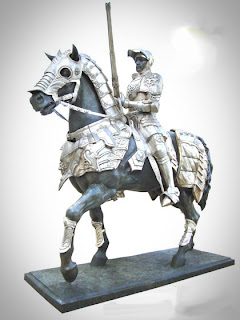 Again, I'm not sure why I'm continuing this. It's not like I'm getting much feedback. But I feel the need to clarify some things regarding this whole literary vs. commercial thing rampaging in my head. Call me obsessive--it won't be the first time, I promise.

What I want to say first and foremost is this: The whole thing started because of a chat I was in, where a commercial writer made some comments about having been snubbed by literary writers. A literary writer commented back--and let me be very clear: the literary writer showed no snobbery at all. She was quite gracious.

I'm fully aware of the amount of commercial garbage out there. Yep, I am. And when I started my first post I said that many literary writers would probably agree with me--as commenter did--that there's a good amount of literary navel-contemplating trash as well.

What I have meant to convey--and apparently failed at--from the very beginning, is the idea that when you compare GOOD commercial writing to GOOD literary writing the choice comes down to preference. A good literary story is not "better" than a good commercial story for the simple fact that it is literary.

Yet, there are literary "snobs" out there who don't see that. The one involved in the chat that started this didn't exhibit this quality, but others do. I know this because I have experienced it and so have other commercial writers I know.

What creates my frustration is that I know full-well that if I sat down with a group of literary sorts and plunked down a copy of their favorite literary masterpiece and said, "I don't get why anyone would read this by choice," many (maybe not all, but many) noses would rise, eyes would narrow, and in their minds my IQ would sink like a stone.

Am I saying that each and every literary writer out there is a snob? No. But nor is every commercial writer a brainless mass-pleaser. I think gobs of writing falls in-between commercial and literary, with elements of both. And good writers are found in every position along the scale. Both types of writing take a certain type of talent--that is all we on the commercial side want understood. We simply want the literary side to stop lumping us in with Twilight-mongers, and we need to try to see the difference between true literary art and splatter-painted toilet seats.
Posted by Kat Heckenbach at 5:53 AM

good comments, kat - and of course i have to agree with every single point. i haven't read the first 2 posts related to this - mainly because i didn't know you had posted them - but if i can grab time today, i'll do that. electricity out here - tornadoes this a.m. wrecked havoc for miles around our place; tons of damage. happen to be sitting at an internet cafe right now, which i don't mind at all. :)

good post, again. more can be said, but i'll leave it at that for now.