More on the Literary Battlefront 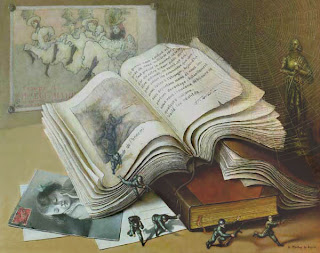 I have no idea why I'm doing a second post on literary fiction. I mean, I had all of one comment on the first post. But it's something that keeps lurking in the back of my mind. I looked up some other blog posts on the topic, and found an interesting one by literary agent Nathan Bransford: What Makes Literary Fiction Literary?

He boils down the difference between literary and commercial fiction as this:

I, personally, see this to mean pretty much the same as character-driven vs. plot-driven. The important thing he points out, though, is that literary doesn't mean "plotless." Things must happen--it's just that the changes take place inside the character. It is the character's inner journey that is most important.

This is why the books I mentioned in my last post are considered literary even though their style is very commercial/mainstream. Thirteen Reasons Why and Hold Still are the stories of the inner journeys of teens dealing with the suicide of a friend/classmate. Things do happen in the story. Those things create changes in the character, and those changes are the ultimate focus of the book. The book cannot, as Bransford says, simply be "a character musing about the vagaries and eccentricities of everyday existence."


Most genre fiction involves a character propelling themselves through a world. The character is an active protagonist who goes out into a world, experiences the challenges of that world, and emerges either triumphant or defeated.

The character can--and in good genre/commercial fiction does--experience inner change during this process. But that change is generally secondary to the main, "outer" plot. In the Harry Potter series, for example, Harry grows up and grows stronger, discovering all sorts of things about himself as a person, but the main focus of the series is still the ongoing battle between Harry and Voldemort.

The fact is, literary and commercial writing are simply different animals. One is not "better" than the other. They serve completely different purposes. That is the end of the story.

There is something that tends to go unsaid in this debate, and today, I'm going to say it.

This resentment between commercial authors and literary authors comes down to one thing--Intellectual Snobbery. There is a pervading attitude among the literary set that literary writing and its writers are simply smarter. Many literary sorts believe commercial writing is just that--commercial. Common. Base. Dumbed-down. For the mass of mindless drones that occupy this quickly degrading chunk of rock, who wouldn't know a simile if t hit them in the forehead.... 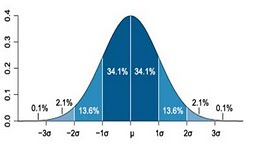 Literary does not automatically equal smart. I have the papers to prove my "smart"--IQ test, SAT score, high school and college transcripts. I promise you, I am not sitting to the left of the bulk of the literary writing world when it comes to position on the intellectual bell curve. And yet, I do not like literary as a whole. I don't like much mainstream fiction either--romance and mysteries rarely hold my attention because I know the ending by chapter three. My love is dark and weird, fantasy, sci-fi, and horror--and much of it falling into the middle grade and young adult categories.

I am perfectly capable of dissecting a deep and meaningful literary book. I love the messages behind books such as The Picture of Dorian Grey. I do savor the wording of much beautifully constructed prose...but nine times out of ten, I read a book because I want to be sucked into story. I want to be lost in another world.

That, folks, does not decrease my intelligence. And commercial writers and readers do not like being looked at as lesser, as inferior, as dumb. Your abstractness does not make our straight-forwardness less interesting, or less intelligent.  There, I said it.

I'm not deluding myself, though...the battle will most assuredly rage on.
Posted by Kat Heckenbach at 9:09 AM

Samuel R. Delaney’s book, About Writing, pretty much puts this argument to rest. He’s a writer of science fiction and a literary critic, and writing teacher who recognizes the difference and can expound on it gracefully.

Perhaps you are thinking of all that navel contemplating stuff written in the tradition of Joyce, under the banner of stream of consciousness, or the tepidly pretty writing produced by the average MFA grad. Such “literary fiction” can be hard to swallow, I agree.

There is nothing wrong with wanting to get lost in a story, and many literary works have stories one can get lost in. Try Richard Powers, for instance. But the difference in quality between Powers and writers of commercial genre, Diana Gabaldon, let’s say, could not be more striking.

But there is very little snobbery involved, unless it is reverse snobbery, because those making most of the noise about this are writers and readers of genre fiction, who feel snubbed by the serious critics and major literary awards.

Millions of people are writing today and most of them are trying to write in a limited number of commercial genre that they enjoy reading. But if you look at the stuff on the slush piles such as You Write On, Authonomy, or self-publishing sites such as scribd, you will soon realize how awful most of it is. What Delaney recognizes as both good and talented writing is very much the exception on these sites.

Actually, I think we probably see this the same way to a certain degree, Tim.

But genre writers often feel snubbed--because they get snubbed. I know a lot of genre writers who have been disparaged by literary writers, professors, and such, as if genre and commercial writing couldn't possibly take talent--that true talent is found *only* in the literary circles. That is what gets frustrating.

I agree that much commercial writing is sludge, but so is all that navel-contemplating stuff you mentioned. I simply feel that there is talent on BOTH sides, and literary shouldn't be seen as "superior" simply because it tackles what would be considered "deep" subject matter.