So Much and So Many

I'm going to be honest. Blogging lately has felt like a real chore. Not because I don't want to communicate with you all! But because I just haven't been sure what to put up here.
It's easy when I have things to announce. Lately, though, other than the Chicken Soup story, I haven't gotten any new acceptances. There are some submissions floating around out there, still waiting on replies. And a couple stories that will be coming out next month as well.
Oh, and there are things...happenings....stuff I can't tell you about right now. 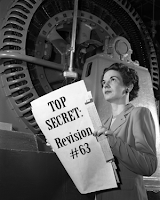 Not that I don't trust you. I'm just sworn to secrecy.
You have no idea how it breaks my heart to keep secrets from you! It really does! But some things need time to "settle" before they can be talked about. I'm sure you understand.
I've also been rather all-consumed with editing for other writers. Something I find really fun. The timing was good on these projects because my own writing has needed a chance to simmer before I "submerge" back into it. I already told you about I Am Ocilla, by Diane Graham. Well, I finished critiquing that one. A beautiful story. Oh, my. I am very looking forward to holding a copy of I Am Ocilla in true book form someday. Yes, yes, I am.
Diane is a member of a group called New Authors' Fellowship.

This is a group of authors founded by Keven Newsome, who has written a paranormal thriller called Winter. I've read this one as well, and it's a name to keep your eye on ;).
And since we're on the subject of NAF authors....we CANNOT forget P. A. Baines, author of the newly-released book Alpha Redemption. I have been slack on posting about this book, and I have no excuse that justifies that. The book is wonderful. Check out the awesome cover art: 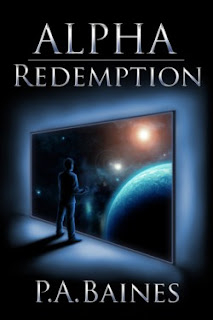 So there you have it. Maybe it's not having enough to write about, but having too much!

By the by...I'll be posting some clues about those secrets before too long.
(Maybe I already have.)
Posted by Kat Heckenbach at 8:01 AM

What have I done to deserve such recognition in the amazing Kat's blog? I am so unworthy. Thanks!