I'm finally gaining some energy back after camping for four days. We stayed at a really nice campground right down the road from the Medieval Fair we were attending as part of our homeschool group. Yay for field trips!
Without further ado, here are the photos of the fair. And up-front...no, I'm not in any of them. I'm always stuck with camera duty. :P
We were met at the gate by King Arthur's court: 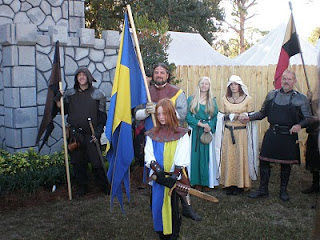 My daughter was abducted by a band of faeries: 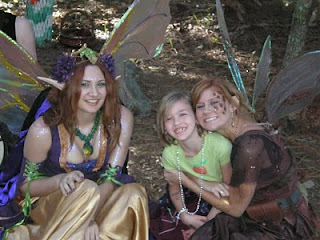 My son was challenged to a duel. He's the one on the left. Little did his tunic-clad opponent know, he's been taking fencing lessons. Yep, my boy won, hands-down. :D 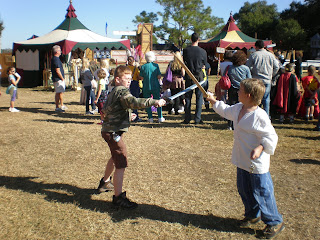 This was a cool ride: 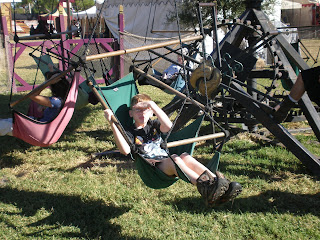 Notice that the chair my son is sitting in is hanging by ropes. Those are attached to what looks like a huge umbrella, which was turned by a huge geared contraption, run by these two guys: 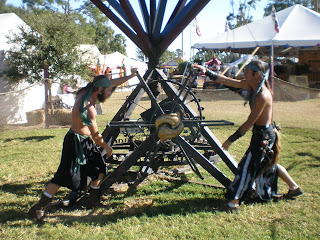 Yes, they run every ride by hand, and build the whole thing by hand. Gotta respect that.
There was a human chess match, complete with sword fighting: 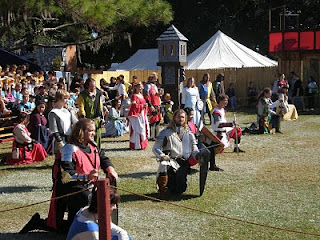 And, of course, the joust: 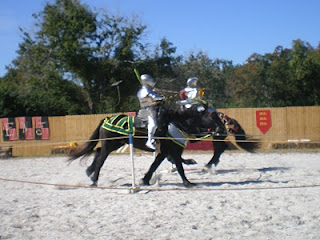 There's one more really cool picture I took, but I can't share it yet. And, no, I'm not going to tell you why. It's a surprise. But if all goes as planned it will be worth the wait ;).
Posted by Kat Heckenbach at 5:52 PM

Cool pictures, it was a neat trip :)

This looks like sooo much fun. Wish I'd been there :) Thanks for sharing!