Bringing the Focus in on Middle Grade Fiction 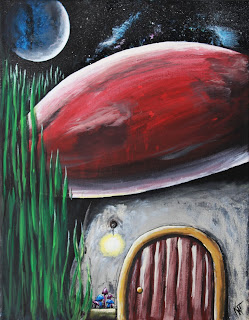 It's been a long time since I've written about writing on here. But this past weekend I participated in the online Realm Makers Conference (The Pandemic Edition) and I watched a session on editing that focused a lot on Middle Grade fiction. The speaker, an editor named Brian Kohl, said something I wish more people understood.

Young readers, with every page of a book they read, want to know three things: who the main character is, what they are doing, and what they are feeling. Anything else doesn't belong in the story. (That's, I think, pretty close to his words, if not exact.)

This has been a stumbling block for me while writing my MG ghost story. Critique group members will point out that certain things are not explained. They're looking for more exposition. More details that show why things are the way they are. For example, I once asked, in a Facebook group for writers, a bunch of questions regarding body decomposition for a specific scene. I got soooooo much information. I put sooooooo little of it in the actual scene. I simply didn't want to get the facts wrong, but the truth is, the character is going to see what she sees, and only what she sees, and the reader doesn't need to know one jot more.

I've been stressing so much about other research I need to do for this book. Worried readers are going to find historical inaccuracies, worried they'll find things inconsistent and implausible. Worried I need to do lots of explaining to make sure it all ties together neatly. But the fact is, I don't. Yes, I need to do the research because I don't want misinformation in my story. But I do not need the reader to understand anything the main character either doesn't understand or doesn't concern herself with. 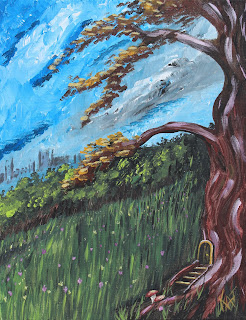 Middle grade fiction is aimed at kids for whom the universe consists of what directly affects them, and no more. I'm not saying youngsters aren't smart--they are wicked smart. I'm not saying they're selfish--they are incredibly caring. I'm saying that developmentally they haven't reached a point where they're looking to find their place in the world. That's what being a teenager is about. That's the function of YA fiction--teens are finally looking outward, seeking footing in an ever-expanding universe, figuring out their positioning in relation to everything and everyone else. But middle graders want books that bring them in, books that connect with them where they are, stories that make them heroes in a universe of which they are the center.

I personally think that is part of the reason I love MG fiction even now. It allows me to let go of the rest of the world. Especially these days, with the world gone mad. Yes, it's kind of an escape, which makes my love of MG fiction a bit different from its function for actual middle graders, but we shouldn't put adult fiction expectations on MG fiction. It has nothing to do with dumbing things down -- it's all about a shift in perspective. It's not limiting the view, but seeing things through different eyes, reconnecting with the child inside us who doesn't have to filter everything through life experience.

Anyway the session did what I had hoped it would: it got me motivated to get working on my manuscript again because I've been reminded what I knew all along, which is to stay focused on the story itself and keep telling it the way I've been doing so.

Just a note: Yes, I know the images (of my original art) I added to this post seemingly have nothing to do with the topic. But, if you look closely, they actually illustrate what I'm talking about. A different perspective. Bringing the focus in. Seeing how someone's world may be big to them even though it looks small to you.
Posted by Kat Heckenbach at 8:37 AM

Good points, I think with any type of fiction, story predominates. Understanding perspective is a way to convey the story to MGs who would judge differently, maybe more from the eyes of an innocent, less jaded by life experiences, where every action or motivation of the protagonist is not needed to be questioned. This is probably even more important in a world as you say, a world gone mad.

Sorry for the delayed response, I'm just now getting back into this.

Hah--you're the first and only comment, so no apologies. Notice I'm not exactly keeping up with this blog myself. Thanks for commenting, though! Welcome back. :)