Announcing the Cover Reveal of REBIRTH by Amy Brock McNew 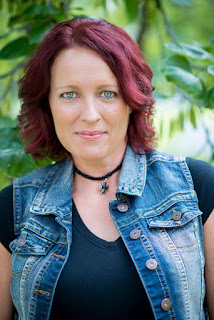 Last year at Realm Makers I met this chick -- yes, I can call her chick, she's cool with that, one reason we got along so well -- and we hit it off right away. Both artsy. Of course, both writers. Both tall redheads, with similar styles and taste in music. She dressed up as Lara Croft at the awards dinner -- that alone would have made me like her.

Her name is Amy Brock McNew.

First, a little about the book. Here's the back cover copy:


Liz Brantley has a gift she wants to return.
Able to see and fight demonic forces, she has spent her life alone, battling the minions of hell bent on her destruction, running from the God who gave her this curse. The demon Markus, drawn to her abilities, unleashes havoc on her hometown and pulls Liz further into the throes of battle.
She’s desperate for a normal life.
When she meets a mysterious man who seems unaware of the mystical realm that haunts her, the life she’s always wanted flits within reach. But her slice of normal slips from her grasp when an old flame, Ryland Vaughn, reappears with secrets of his own. Secrets that will alter her destiny.
Torn between two worlds, Liz is caught in an ancient war between good and evil.
And she isn’t sure which side to choose.

The cover of Rebirth: 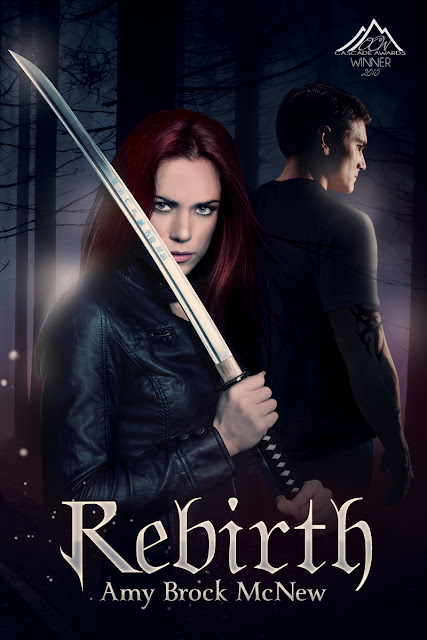 I know Amy is busting at the seams with excitement, and I'm so very happy for her!

Here's a little more about this awesome chick and info on where you can keep up with what's happening with her and her new book series:


Amy Brock McNew doesn’t just write speculative fiction, she lives and breathes it. Exploring the strange, the supernatural, and the wonderfully weird, Amy pours her guts onto the pages she writes, honestly and brutally revealing herself in the process. Nothing is off-limits. Her favorite question is “what if?” and she believes fiction can be truer than our sheltered and controlled realities.
Visit AmyBrockMcNew.com to learn more about this intriguing author.

Posted by Kat Heckenbach at 5:56 AM

Thank you, chica! You rock. We rock. Heck, let's just take over the world!

Thank you, chica! You rock. We rock. Heck, let's just take over the world!

Two tall redheads taking over the world?
Still be better then who's coming into power into the US soon. (political jab's are allowed, right?!?!)
I'm so excited for Amy and all that she's accomplished!
I hope to meet you too Kat at Realm Makers this year. :)

LOL--yeah. Just about anything's better than the choices we have right now, so why not two tall red-headed spec-fic authors? :D

I will definitely be there, Deanna! Let's keep an eye out for each other!