The Ghost of Manuscript Past: 777-ish

Well, I've been tagged in one of those "post paragraph 7 of page 7 of your manuscript" thingies. This one is focused on something old that you've written but isn't published yet--at least as I understand the instructions.

Oh, btw, instructions are for losers. 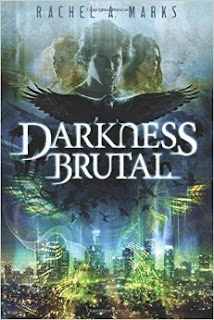 Like the girl who tagged me -- Rachel Marks, whose post you can find on her blog, and whose awesome published work you can find on Amazon, including her very soon to be released urban fantasy Darkness Brutal -- I'm a rebel when it comes to stuff like this. Call it control-freakism if you must, or OCD, but the fact is, I want my own rules and I want to do it my way.


So, what I'm doing is giving you a sneak peek into a current project that is based on an old short story of mine. I wrote Willing Blood, a 4000-something-word short story, ages ago (at least it feels that way) and it was published in an online zine called The Absent Willow Review. It won Editor's Choice for the month it appeared as well. Unfortunately, that zine has since gone away :(.

I loved the characters in Willing Blood, and so did my husband. He encouraged me to make a novel based on this story. Well, doing so with the story as-is doesn't work. For one, one of the characters dies at the end. Also, the story is told, in full, in the short version. because of that, I decided to just use the characters, "adjust" their relationships to each other, and create an entirely new story, tentatively titled Relent.

Simone’s nails dug deeper into the leathery skin of the demon’s neck, and a thick, black liquid oozed over her fingertips.
“I told you to leave her alone, Wraith,” she said, forcing his head to the side and ramming his cheek into the brick wall of the alley. In human form he was devastatingly handsome. In his present state he was anything but. His laboring, sulfurous breath gagged her, but she showed no indication. “She’s mine,” she hissed.
The demon’s eyes traveled up the opposing wall to a second-story window, on the other side of which lay a sleeping girl. The forked tip of a scaled tongue poked out between his black lips. His voice rattled through his constricted throat. “Yes…Lady Simone.”
She eased back on her grip, but held herself at the ready to tackle him once again. “You know the law, Wraith. She’s too young. If I catch you here again, I will be forced to…dismantle you.”
The demon cringed and blinked acquiescence. She released him. He sucked in a breath and exhaled yellow vapor. “Thank you, Lady Simone, for sparing me. I shall not disappoint you.”
Simone’s full, red lips curled into a satisfied smile. I hope you try again. It will be my pleasure to take you apart, cell by cell.
The demon spread his bat-like wings and shot straight up between the alley walls. A howl echoed with his departure, and Simone was left alone in the quiet pitch of midnight. She examined the black ooze that coated her fingers. It was already beginning to congeal, turning from black oil to opaque liquid glass, its freezing point a mere 70 degrees. It tightened around Simone’s fingers and tingled icily as it froze against her skin. With a slight twitch of her finger, the dark glass shattered and scattered silently across the litter-strewn alley. Simone sighed and then walked down the alley, her stiletto-heeled boots clicking on the pavement.

She glanced at the time again. But she didn’t have anywhere she had to be—just a soft couch and book she was nearly done with…

A sigh slipped out, and she said, “I’ll stay. Do you need anything else?”

Her heart skipped for a moment. His voice still carried no hint of flirtation, but there was no mistaking those words. They made her realize she’d both been hoping and fearing his interest, but she couldn’t put her finger on why. Just that it felt like the desire to play with fire. She shook her head at the thought.

“Please. Just sit. I want only to talk.” He leaned slightly sideways and pulled a leather wallet out of his back pocket, opened it, and handed Simone a twenty dollar bill. “There, the bill is paid. You can do what you need to end your shift and join me. Then you and I will go our separate ways.”
All the way to the register she berated herself. It was ridiculous to sit down with him. She should just go. He’d already paid—she had no obligation to stay. For anything.

But suddenly the sofa and book waiting for her at home felt like just that. She rang out the order, grabbed her purse and stuffed her apron inside it. She ducked into the bathroom and ran her fingers through her auburn hair. Her t-shirt and jeans were, fortunately, stain-free. After a deep breath, she exited, slipped between the tables as she crossed the restaurant and slid into the booth across from him.

The sky was fully dark now, and the brightly lit signs and billboards created a colored haze through the greasy window, which vibrated as another tricked-out low-rider eased past the diner. For a moment, as the guy looked out in response to the noise, his black eyes reflected the neon lights and seemed to glow eerily red. But he blinked and turned to face her, and the effect was gone.

Simone shifted in the lumpy vinyl seat and crossed her arms on the edge of the table, mirroring his position. He’d still not taken a bite of his burger or another sip of his drink.

“It is lovely, Lady Simone.”

So, he was going to play. That didn’t mean she had to.

“I try not to judge people on their looks, so I assumed your head wasn’t full of muscle too. But I guess I need to explain that when someone says something to indicate she is at a disadvantage because her name is known by another party, but the other party’s name is not, in fact, known by her, the other party should…” at this she leaned forward, “tell her his name.”

He lowered his head almost as if in a bow. “You need only have asked.” When he was eye-level to her again, he said, “I am called Wraith.”

Simone straightened back up. “Where’d you get a nickname like that?” But after she’d said it, it seemed like a silly question. Look at him, girl! He was nearly ghostly pale. She’d never seen such ivory skin on someone, much less a guy, with such dark features otherwise. It made him look almost ethereal—or it would had he not looked like he could crush a boulder with his bare hands.

OKAY...so I'm supposed to tag someone. I'd really rather just leave an open invitation, but maybe Kessie Carroll, Becky Minor, or Jill Domschot will take me up on this? Maybe they'll even make their own rules, too?? :D
Posted by Kat Heckenbach at 10:56 AM

Thanks, Rachel! My ruthless crit partner is tearing Relent up now, and when I get it back I'll be editing it like crazy...and then figuring out what to do next :).

This is awesome! I want to read the rest!

I've been tagged by a jillion people now, so maybe I'll just do mine on my blog, too. :-)

Well, Kessie, once I get my editing done, I'm sure I'll need beta-readers!

I'm curious to see where it goes. Do you plan to publish traditionally? p.s. You already know I posted an excerpt over at my blog. Like you, I don't follow rules. :)

I have a feeling this is one I will have to self-pub. There is one press I would consider submitting to, but Relent actually gets fairly overtly Christian, yet it's so theologically murky I know no CBA publisher would touch it.

And yes, I saw your post but haven't had time to sit and read it. The Beasties are going to bed, though, so it's next on my list. Yay for rule-breaking!

Speaking of being tagged for things, Kat... I've tagged you participate in the Liebster Award. Hopefully I've made it fun to participate with the questions that I posed for you to answer.

Take a peek, see if you want to join in. No pressure -- do it now, do it later, do it never. If nothing else, know this: I think you're great and enjoy you! ;-)