The Alien in a Room Full of Bonnets

I wasn't going to blog about this, but I woke up at an ungodly hour this morning (4:40 am to be exact) and could not get back to sleep, even after snuggling on the couch with a book and a nice, warm blankie. So, instead, I made some coffee. Being that it's still very early (yes, 6:45 is "very early" for me) and I have caffeine coursing through my veins...I guess maybe I'm still simultaneously groggy and wired enough to write about last night. 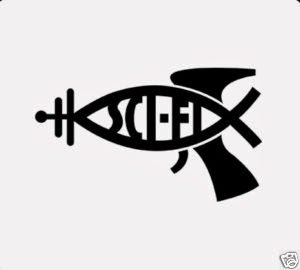 A local writers group had a special guest speaker last night. With the right Google fu I'm sure you can find out who she is, but I'm not naming names because I don't want things getting tangled. She is a very sweet lady. But, she writes Amish fiction, and to be honest I attended pretty much just to confirm my...irritation with the genre at large.

You see, one of the things she said was that she was lucky to catch the wave of the Amish trend. She admitted to not seeing herself as particularly gifted when it comes to writing--it is something she has to work very hard at. She also basically said that you don't have to necessarily be a "good" writer if you're writing what is popular.

Sure, this was meant as encouragement, to cheer on those in the audience doubting whether or not they can really do it if they're not brilliant writers.

I would like to say it encouraged me, but it did not. It only confirmed what I already know about the publishing world, and more specifically the Christian publishing world.

If you've not followed me for long, let me state this--I am a Christian, but I don't write "Christian" fiction. Everything I've ever written, with the exception of maybe two flash fiction pieces, is suitable for the secular market.

That means that this woman's comments in many ways don't apply to me. Still, it's one of those things. Because I want to see a place where writers can be both faith-driven and, well, weird, I find the whole idea that popularity rules so far above good writing to be a bit atrocious.

I mean, yes, I get it. And I've come to terms with the fact that I'll never be one of "those" names. As much as I want to be widely read, I love my small band of rabid fans who love my work for actual intelligence and substance.

Anyway, it was distressing in other ways because I have very talented friends who DO see themselves as writers for a specifically Christian market, yet they don't fit the trends.

BTW--this speaker also read a list of what's hot in the Christian market according to, I believe, her editor or agent (can't remember specifically, but it was a pro in the field). The top were of course historical, Amish, and women's fiction.

One quote that stuck out was that YA is supposedly on the up-rise, but she (the editor/agent) *was not seeing that*.

Spec-fic was not even mentioned.

(Well, unless you count the mention of Amish Vampires in Space that turned into the big opening joke. I tell you, it was hard to keep my mouth shut about it, but I knew that making a stink would only create a scene and not actually convince anyone in the room to take the book seriously. Kerry Nietz has done nothing but impress me with his writing so far, but demographics are demographics. If you don't get that statement, reread the title of this post.)

Oh, this feels like it's turning into less of a post with a point and more of a "I just had to get it out of my system" thing. I suppose that's fine. Many of my contemporaries can relate, so I'll leave it this way.

And I will end with a link for what I think is going to be the driving force behind Christian speculative fiction--a genre which may have not gotten much notice but is NOT going away.

Click HERE to learn more about Realm Makers and this year's conference, which will be May 30-31 at Villanova University, just outside Philadelphia, PA. (BTW, I'll be teaching a couple of classes there, so check out the schedule when it's posted.)
Posted by Kat Heckenbach at 4:58 AM

Follow trends, and you might find success. It isn't a guarantee. Personally, I opt for reading choices that are intelligent and weird. Shrug. I'd rather read your books any day. However, I must add that I'm happy for anybody who finds success through hard work. I just find it difficult to understand why somebody would choose what she isn't good at as her life path.

I certainly don't begrudge the author her success. She's found her niche. And she seems to *enjoy* writing very much. And as she has quite a few books out that are selling very well, there are plenty of people out there who think she's good.

But still, I cringe every time I have to face that writing success far more often comes from luck, marketing, hitting trends, etc.

And thank you. I'd rather read your book any day, too! :)

I regard my writing like I regard my life. I'd rather a few very close friends than a slew of sometime-friends.

Do I wish Remnant in the Stars sold better? Sure, but I balance that with two notions:
1: It may do better as I get more stuff out there.
2: With only 2 exceptions, everyone who has read it thought it was pretty nifty.

Cindy, I think of it much the same way, too. I was one of those people who would rather have a few friends who really liked me for me--I wanted nothing to do with popularity for popularity's sake.

And very good points! Glad your readers are enjoying your book!

I'm with you, Kat. I was so frustrated a couple years back over the ridiculous amount of "Amish romance" (which I consider to be an oxymoron) in the Christian market, and the tidal wave of vampire fiction in the secular market, that when I spoke with Jeff Gerke during lunch at the Oregon writer's conference in july of 2012, I told him I had an idea for a young adult series with Amish vampires. He laughed and said he knew someone else writing amish vampires in space.
My series, The Amish Bloodsuckers, are not "christian" but they are clean reads with plenty of humor amid the vampire slaying. Obviously they don't fit into the Christian market niche.
I pretty much gave up on publishers and agents after that conference. Even the ones who sounded interested, didn't want my speculative novel, Split Sense, which I was pitching, but told me if I had any amish or romance that would "fit" their crazy rules, to send it to them. I guess they just can't get enough of the exact same thing.
I've learned to write what I want to write and do what I do best. Having publisher backing would be fine, but I seem to be one of those square pegs:)

Barbara, I had a similar experience. Basically, we like your *writing* but don't want this *genre* so would you be willing to write within our guidelines? I did the same thing and decided I have to stick to what I write best.

Good post, Kat. I learned a fair amount about the status-quo in CBA fiction while I was researching AViS from an author friend of mine. You've touched on some of the same things here. At some point I've got to write an article about it, once I've got all my thoughts together. Just posted my thoughts on the buyout, though. (speculativefaith.com) One maelstrom at a time. ;)

Thanks, Kerry. And thanks for the link to specfaith. I read your interview, but hadn't had a chance to comment. It's been very interesting getting all the different takes on the buy-out. And you're absolutely right about it still being "status quo" in the CBA. I keep seeing presses saying they're open to spec-fic, but when you get down to the nitty-gritty it doesn't really seem to be happening.

Ours is a niche desperately in need of expanding. My take of the current situation is that it is made up primarily of those who write spec-fic, or who want to write spec-fic, and those two groups don't buy enough fiction to really support more interest from other publishers.

Kerry, it may be like that now, but the generation of teens that will soon be polishing and shopping manuscripts are very much into spec-fic. I taught a creative writing class for homeschoolers, and while it was a small population--eight students--six of those eight were writing spec-fic. Because it is what they love to read. And at this particular meeting, I sat next to a woman who told me that's all her kids read.

That kinda makes it sound like its YA sf that is the ticket, but those same teens gorge on as much adult sf/f as they do YA.

Grace, I think you've just nailed the difference between small press and large press :). Not that large presses don't ever publish amazing and ground-breaking fiction, but at least in the CBA that is really few and far between.

Anyway, it's something I will have to highlight when I'm a guest next month at the meeting talking about being published by a small press :).

I like how you say what you feel. It is frustrating, thinking that you have to write in a certain genre in a certain way to hit the bigtime, or even get published. I know I feel that. and everything I've read about 'Amish Vampires in Space' is that it's real writing, no a spoof. if i ever buy an Amish novel, that will be the one.
I attended that meeting too. My impression is that the lady realizes she caught a wave. She's probably a very good writer, as undoubtedly there are million of Amish 'pretender writers', who come up short because they are not writing about anything that truly speaks to them. Whereas she is. She started before Amish got hot. And she came across, to me, as being very humble.
It's a shame the publishing world and the world in general is the way it is. Being a Christian and writing spec fic should not be considered a contradiction. But it's there. There is something to being aware of trends, even Paul McCartney did that. But you have to write what you love. Otherwise why do it? There has to be passion,whatever the audience, or success level. And if what you do moves people, as your writing does, then you've tapped into the essence of what real writing is, or at least what it should be.

Thank you, Daniel! And I agree--the author was very genuine, and I know that she was there because she really has a heart to try and encourage others. It was the publication stats that got me. The same thing happens to a certain extent in the secular market as well, but it's not as significant because that market has so many genres and a much wider spread.

And yes, I agree wholeheartedly about writing what you're passionate about! I'm so glad YOU do that :).