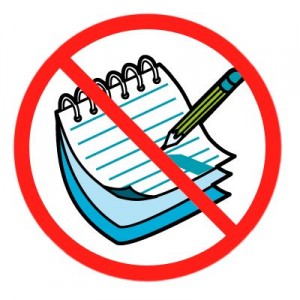 We didn't go to church this morning. Our church conveniently (maybe a little too so) podcasts their services and we often watch from home. Sometimes I feel a little guilty about that, but today I was glad we didn't go.

I have not written something new in what feels like months. For a while I could blame it on all the editing I needed to do for Finding Angel. Then the cover art. Then marketing. And weaseled in-between is exhaustion from all of it put together. But the fact is, I haven't been feeling inspired.

So, I fight the ideas swirling around my head. I shove them away, telling them to come back later. Now is not the time. Don't you know this is rude? We're here for God, so go sit patiently until I'm ready for you.


The problem is, the ideas don't come back. They don't wait for another time. They storm off or dissipate and I can't seem to find them again when I have nothing to do except check Facebook.

Today I didn't tell them to go away. I let them in. I sat on my couch with my notebook and scribbled all the stuff that comes so easily to me while the worship team sings. And you know what? I still "heard" the music, and I still "heard" the sermon. But I filled up pages with ideas!

I don't know why I fight writing at those times. I don't know why I disregard the fact that I consider my writing ability a gift from God and then shoo away ideas simply because they show up in His house. Or my house during His time. If the gift is from Him, wouldn't the ideas be something He wants me to have?

I realized the problem is not what God thinks of me writing during church, but my concern for what other people will think. And that has led me to pondering what other people think about several things that are important to me. It's all simmering in the back of my head, and I expect it to soon boil into my next post on New Authors' Fellowship...
Posted by Kat Heckenbach at 9:56 AM

Email ThisBlogThis!Share to TwitterShare to FacebookShare to Pinterest
Labels: church, judgment, where to write, writing

A church I used to attend back a couple of churches ago had a balcony above one of the Sunday School spaces. I was impressed one Sunday when a woman I knew sat down beside us up there and pulled out her knitting. I was jealous, too. I am happier sitting still if I can keep my hands busy...

And yeah, the ideas hit me like bugs in summer flying into a windshield when I'm in church--or perhaps I should say, when I was able to attend up until just about a month ago. Now I can't go. So now, not much writing inspiration. Fortunately I still have inspired art moments...

Since inspiration is the work of the Holy Spirit, I should think scribbling madly in your notebook at church ought to impress people and make them jealous at just how MUCH you're getting from those sermons!!! (at least until you start drawing pictures--lol!)

This kind of jealousy can be good, because we should all desire to be more inspired by God.

That's cool about the knitting, Krysti. Granted some churches might have given the woman a hard time about it. Glad she was someplace where people understood :).

I have thought about the fact that most people would think I'm just taking notes. During the sermon, that is. But I feel even more inspired during the music--which is odd, because when I'm at the computer writing I can't stand music playing. It's good for me for generating ideas, but not implementing them :P.

I haven't been inspired to draw during church before. I wonder how that would play out :).

So, so true. Gotta grab those ideas right when they come floating by! I'm glad we share this too - makes me feel a little less weird, lol. And I'm sorry about the exhaustion part. I'm a pretty hard taskmaster! But wasn't it FUN?? Hehe. Not really that sorry, as you can see. :)