Mind if I Use a Quick Quotes Quill? 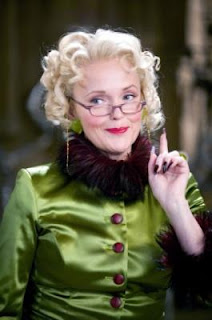 I was contacted yesterday by a local reporter wanting to do an article about me for a small paper. This will make my fifth newspaper interview since I started writing. I've had several writer friends gape at me when I tell them such. Well, I assume they are gaping--it's all online, but their words imply a look of amazement.

I've been told over and over by other writers that they have tried desperately to get featured in their local papers but have been summarily ignored. They ask me, "How do you do it?"

You see, I've done nothing. Honestly. (I swear, I did NOT put my name in the Goblet of Fire...)

The first interview came about by me being invited to speak at a writers group. No, let me clarify. I'm a member of that group, and the group president noticed I've gotten a lot of short pieces published and asked if I'd share my secrets. A local reporter happens to also be a member of that group, and she likes to write up when the group has "guest speakers." She checked me out online, saw that I write horror, and talked her editor into letting the article grow a bit to hit on that, um, eccentricity.

The second interview was because an anthology I'm in--The Ultimate Christian Living--landed on the desk of a certain reporter's editor. It had me listed as being from Valrico, FL, so the guy emailed me and asked for an interview. Local author and all. I assume the publisher sent the copy--I sure didn't. I wouldn't have even known who to send it to.

The next two were because I had a story in Chicken Soup for the Soul: Christmas Magic. One article was written by the first reporter who interviewed me. The other was an entirely different paper. I can only assume that those had more to do with Chicken Soup sending them press releases, and the fact that Chicken Soup is a household name.

Which brings me to this upcoming interview. I have a friend in one of my writers groups who writes for this particular local paper and she told a fellow reporter about me. I did nothing other than become friends with someone whom I genuinely like. I didn't even know when I became friends with her that she wrote for that paper! She's just very excited for me about my book coming out.

What's my point? Well, Kristen Stieffel actually sums it up perfectly in this blog post on NAF. Basically, I never set out to market myself by joining writers groups. I simply wanted fellowship and places to learn, and sought out every group I could find. It has led to real friendships, and those friendships have led to links with people who ended up wanting to write about me.

Oh, and I'm quite sure the reporter I'm meeting will be nothing like Rite Skeeter, but come on, when else will I have a chance to use a picture of her here? :D

BTW, click HERE for links to the aforementioned newspaper interviews, and the blog interviews I've done as well.
Posted by Kat Heckenbach at 12:57 PM