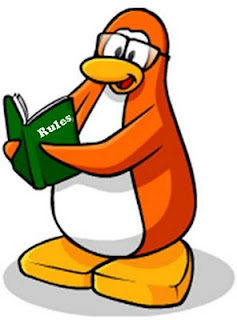 I am cautious by nature. Maybe somewhat cynical even. (OK, more than somewhat.) I'm not a huge risk-taker, nor a big rule breaker. (At least not since my wild-child days.)
When it comes to art, though, and writing, you have to take risks, and you have to break rules. And to be honest, I'm SICK of hearing about "rules" of writing....
...that are not actually rules.
You know what I DO consider a rule of writing? Putting a period at the end of a statement, and a question mark at the end of a question. Capitalizing proper nouns. Not switching verb tenses in the middle of a sentence.
Wanna know what I DON'T consider "rules that must be followed or you will die as a writer"?
PASSIVE VOICE--The "rules" say don't use it. Ever. Bah. It can be used. In some instances more effectively than active. Should it be used all over the flinkin' place? 'Course not. But come on.
WAS--Related to passive voice is "was." You CAN say "He was walking." If he didn't get up, walk, and stop in the moment you're writing about--say you come into the scene mid-stride--then, yes, by gum, he "was walking."
FRAGMENTS--These can be used. By ordinary grammar rules, they are incorrect. But in fiction, they work. Again, not every other sentence, but peppered in. We think in frags. Our characters will, too.
BEGAN--"He began walking. I followed." I was recently told that this is wrong. That you can't use "began" unless the character also stops. I thought, huh?? Of course, at some point, he's going to stop. I didn't say, "He began his eternal walk." And even if I did, I think that works. In the story, he's beginning that walk--you're not reading for eternity. My point is, if someone begins something, it is understood that they will at some point stop. But to me, "He walked. I followed." Didn't feel right. I wanted the MOMENT, not the whole journey.
POV HOPPING--Now this is borderline. It's not for beginners. If you don't know how to do this right, you make your reader sick. But so many authors do it smoothly. Catherine Fisher, for example. I just finished reading Sapphique, after reading Incarceron, of course. She head-hops. We're in a scene that starts off and spends most of its time in Claudia's head. At the end of the scene we're in Jared's, or Finn's. But it just slid right on over. If you can do that, tell the rules to take a flying leap.
ADVERBS--Adverbs are not satan incarnate. Seriously, folks. Sometimes they do work. Again, not all over the flinkin' place. Don't turn your writing into -ly stew, but pick up ANY best-seller and you'll find adverbs. Even the most recent ones. I know you know this, because you've heard over and over that all adverbs must die, and you pick up book after book and think, "There are adverbs all over this--how did it get published?" Yep, admit it.
SHOW, DON'T TELL--I seriously think too many writers don't have a clue what this means. Take the following examples:
A man stumbled into the room. He looked bedraggled.
A bedraggled man stumbled into the room.
You would be told the first one is telling, but it's really no different than the second. Same word--bedraggled. But I guarantee by isolating that word "bedraggled" you'll have someone say, "Show me how he was bedraggled. Describe him. What do his clothes look like?"
But the second one probably wouldn't get criticized.
The thing is, in the middle of an action seen, we don't want to stop and describe the man's every feature when we can say "bedraggled" and move on. Maybe later we can mention the dirt smudges, or the rip in his jacket. But "bedraggled" brings an immediate image to our mind and lets us get on with the story.
Now, here's a legitimate call on "telling":
He walked into the room, angry.
That is telling. He should storm into the room, slam the door, glare at someone, point a finger, and growl, "You dented my car." Anger is a feeling, and it's active, so write it active.
Other writers seem to think that NARRATIVE SUMMARY is the SAME AS TELLING. No, sorry, it's not. Sometimes we need the information about something that has happened. It's not always going to be a fascinating scene, and it can't always be conveyed through dialog. Sometimes you HAVE to just summarize a bit of action and go forward. To save word count. To not bore the reader. Not every step must be described in excruciating detail.
There, that feels better. Rules--made to be broken.
(So...this post was sitting in my drafts and was not going to go up today, but I just read Becky Minor's latest blog post about writing rules, and decided to just do it. Now go visit her blog and follow. She's way cool, you'll be glad you did :).
Posted by Kat Heckenbach at 6:16 AM

How did I miss this little gem? Great advice, Chicky.

I saw Becky's link and haven't read it yet, but I totally love this so much I shared it on FB.

So, like, way to go!
(Don't know where the valley girl came from but there she is.)

Hey Kat, thanks for the shout-out. :) My traffic reflected the fact that you mentioned me.

Good thoughts in this post. The only one I might play devil's advocate with you about it "began." Its one of those weasel words I find a few authors abusing to death, and it starts to stick out when everything a character does, he begins.

But then again, aren't all these rules basically birthed by just that phenomenon? Writers utilizing anything, be it the adverb, passive voice, fragments, or gimmicky questions to the point of abuse...I can see how aquisitions editors get to the point of throwing up their hands and saying, "If I have to read one more unnecessary use of the word 'suddenly,' I'm going to choke whoever is closest to me at the time!"

Use the tools, don't abuse them, and we should all come out fine, right? :)

Thanks, Diane. Be more observant next time, though ;). Hehe.

Becky, you're welcome! I found it funny that we'd both been pondering the same thing. As for 'began' I agree it should not be overused. NOTHING should be overused. My peeve is that on those rare occasions when we do use things, someone jumps in with, "But the rule is..." Well, the rules aren't for EVERY situation. That's it :).

And I've surely been guilty of the overuse of words like 'suddenly.' Hah! My last edit rid me of 9,000 words.

I'm glad you feel better. But, chances are good that by keeping the rules in your mind you aren't going to abuse any of those things that slow the reader down or reduce the emotion in the scene. I can't write a paragraph without a fragment or two. At the time I justify it is what the povc is thinking. But by the fifth edit, I realize the abruptness is jarring and interrupts the reader. (That's just an example.) – Cheers, Mac