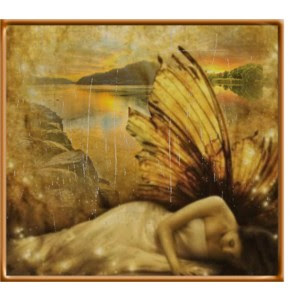 I'm going to be dead honest here. I've been wanting to post something truly cohesive lately, but it's been all bits and pieces as you know. Why is that? Busyness for sure, but that's not all.
I'm frustrated.
Writing has felt tedious for me lately. I'm completely uninspired. It's a scary feeling. For so long short stories were all but blasting out of me. Now I have several started, but am pretty much stuck on all of them.
It's a mental thing I believe. My expectations have not been met. I fully understand that many, many authors take years to finally see their novel in print. The overnight success stories are undeniably rare. That does not, however, make it any less frustrating.
Most would say the answer lies in moving forward. Work on the sequel, start a new series. I've done that. Truly. It's not helping. Something in my brain has locked on to the idea that first things must come first. There is this part of me--a rather stubborn part--that wants Finding Angel published before any other novels. And there's a snarky little part of me that says, "Enough with the short stories! I either want to be a novelist or scrap the whole thing."
Ah...I hate sounding like this. I want to look at that part of myself in the mirror and say, "Shut up, ya whiner."
I've been forging along for over three years now. And I'm by no means giving up. The momentum has merely slowed of late. I'm quite sure my muse is taking a well-needed rest and will return when she's regained her energy. But there is an empty hole where I got so used to her presence.
(Giving credit where credit is due--I snagged the image above from online. Probably without right to do so. Check out the site where I found it--beautiful artwork by someone with obvious talent.)
Posted by Kat Heckenbach at 6:54 AM