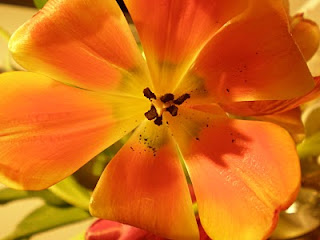 I remember the day my BFF called me to tell me she'd just had her second baby. I was SO happy for her, and yet, the second I hung up the phone I began to bawl. I hadn't even known until that time that I wanted to have a baby.

Then, a year or so later, another friend of mine told me she was pregnant. Again--SO happy for her, and the second she left the house I began to bawl.

A few months later, I was pregnant myself, and any bawling was from hormones, not jealousy.

What does this have to do with anything, you ask?

Well, I've come up with an analogy. Being an aspiring writer is like being a woman in a group of women who are all trying to get pregnant. You want it so badly for yourself, but you also truly want it for your friends. Still, no matter how happy you are when they get pregnant first, you'd be a big, fat, hairy liar if you said you're not jealous.

So it goes with writing. I'm in several writing groups, and quite a few of the writers in them have recently announced book deals. Am I happy for them? YES! Of course! These are people I admire, people I KNOW have talent, people who have worked their tails off, done their time, and totally deserve such success. But I'd be a big, fat, hairy liar if I didn't say I'm at least a bit jealous. (Or, maybe more than a bit.)

It feels awful, of course. Because I've been blessed with successes of my own and I am very grateful. I've got a pretty good list going of published short stories, many of them in print anthologies, and many more soon to come out. But my heart has always been focused on getting my book published, and it can be hard, feeling left behind.

So for now, I try to keep believing that, just as when I wanted a baby, I'll someday be right there with them. Maybe even happy about the timing, just as I was when I had my son. God has His reasons for every season He puts us in. It's just not my season to bloom...yet.

(PS--the photo is a fully opened tulip that was part of a dozen given to me by a dear friend.)
Posted by Kat Heckenbach at 8:25 AM

Great post. You've said how all of us aspiring writers feel but are afraid to admit. Since we're being honest, I'm jealous of your list of published stories. : )

Kat, I know exactly what you mean. I just entered a contest for which I didn't move on, but a friend did. I wrote her congratulations and hope she wins! Another friend, who also didn't final, right as we found out she learned she finaled in another contest, plus got a book contract. Many cheers for her also! Well, I guess the only thing is to keep at it. BTW your stories are wonderful! How is your book coming?