A Horse of a Different Camel...or...Star Trek at the Nerd Table 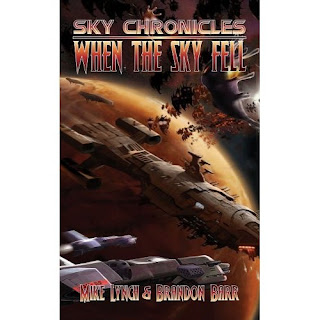 Yes, this blog has two titles. I had two ideas for posts and realized as I was planning them out that they actually go quite well together. Let's hope I can keep this from getting too long :).

First, we must go back to a time long, long ago, in a galaxy far, far away...

I began a series of posts many months ago that used a high school cafeteria as an analogy for the fiction section of a book store. To refresh your memory (or, if you're new here), it all has to do with my experience in high school as both a punk-rocker and nerd. The brains occupied the far-corner table of the cafeteria, which happened to be right next to the punk table. With me as a bridge, two groups of kids who would have otherwise completely ignored each other actually interacted.

The Christian section is the nerd table of the book store. Always in the far-back corner, looked upon as a separate culture than the rest of the high school class. Some of my posts illustrated that Christian books can be both inspirational AND fantasy (punkers), horror (metalheads), action (ROTC), romance (prom queen)...you get the idea.

That brings us to Christian sci-fi. I am reading a book called When the Sky Fell, by Mike Lynch and Brandon Barr. Here we have the techno geeks at the nerd table.

Now, one would think those groups naturally overlap, and to a certain extent they do. Although, I'm sure there are Christians who don't quite go for the whole books-and-movies-about-aliens thing. It's not such an issue these days, but I remember having a conversation with an older friend years ago who said she'd gotten a lot of flak for being a "Christian" who actually watched, and loved, Star Trek.

In my opinion, though, sci-fi and a Christian world view are not at odds. And sci-fi is a strong part of the growing spec-fic area of Christian fiction.

Which brings me to the "Horse of a Different Camel" title. A friend of mine who had read and critiqued my manuscript for Finding Angel gave me a piece of advice: "Remember, a camel is a horse designed by committee." I've made that same comment to others and gotten a few "HUH?"s and a couple of strange looks, so let me explain:

When an author starts a new book, he has a concept of exactly what kind of book he's planning to write. Eventually, he's going to have to get feedback on that book. Well, you know the old saying about opinions...everyone's got one. And while you may have written the greatest spy novel ever, a romance reader is going to wish there was a little more focus on the protag's relationships. A fantasy fan may miss that element of magic. A historical fiction fan may not fully appreciate you setting your book in modern times. But you CANNOT change your books to please everyone--just like you can't give a horse the features to please everyone, or you end up with something completely UNlike a horse. (If you're still having a hard time with this analogy, think "too many cooks spoil the soup.")

I think some authors are trying to do that, though. They add elements of this and that in an attempt to reach a broader audience. But this can thin your book out, and it loses what made it YOUR book in the first place!

So, back to When the Sky Fell. The authors of this book did not compromise. They stuck to what they set out to write--a book complete with all the elements of a classic hard sci-fi and none of the fluff. Tight writing, loads of technology, alien invasions...

I haven't finished the book, but I didn't want to wait to review it. So far it has been consistent and action-packed, and I don't foresee that changing. I normally don't read hard sci-fi, but I love watching it, so I wanted to give this book a shot. I admit I personally have to read it early in the day--my mind just can't wrap around the techie descriptions if I'm tired. But if you're a tech-minded reader, get your hands on When the Sky Fell, and strap yourself in for a serious ride!
Posted by Kat Heckenbach at 9:56 AM

Very cool blog, Kat. I've called you Miss Allegory before, and I see it still applies. In this case, I can vouch for the accuracy of your memory since I sat at one of those tables. :) As I've said before I don't generally follow the sci-fi/fantasy genre, but if I keep reading your blog maybe you'll eventually nudge me in that direction! "When the Sky Fell" sounds like a good read. However, you implied that it is Christian sci-fi but you didn't critique the "Christian" aspect of that moniker. What did you think of the way the authors dealt with that angle?

No, I didn't did I? Hm, part of that is that I've not read the entire book, and from what I've read in other people's reviews that gets handled a little farther in.

As a general response, though, to how I like the Christian aspect of a novel handled--I prefere sublety. Probably why I go for writing allegory :).

Great post, Kat! I agree. WTSF is great, serious sci-fi!
I like your analogy of the cafeteria ;)

I like the cafeteria analogy as well! And that's great you were a bridge between two worlds...you must be what Christ calls a peace maker!

Lovet this post! Especially the cafeteria analogy. So, I was the kid who saved her lunch money to go to the Sat. night dance, and mooched off others at the tabel (eating what they didn't want). Where would I sit in our cafeteria? :-_)

I love this book! I also had the privilege of reviewing Brandon's and Mike's next book, American Midnight, which is different but just as exciting. These two are a SERIOUS new writing team!