Popping in to let everyone know that Relent has officially been re-released in both ebook and print. You can find it on Amazon by clicking HERE.

The new cover is exactly the same as the old, minus the old publishing house banner across the top. I am so thankful to Desert Breeze Publishing for allowing me to keep my cover art. (For the non-writers out there, publishers generally aren't so generous about that.) 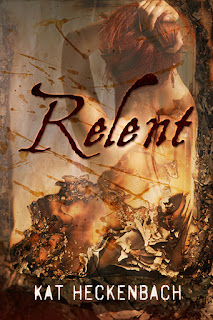 Quick reminder of what Relent is about:

After spending her life in foster care, Simone discovers she’s half angel when the demon Wraith comes into the diner where she waits tables. Wraith--the only one who is ever truthful enough with her to admit his words are mostly lies. Years later, angry that her mother abandoned her to return to heaven, Simone finds herself abandoning her lover, Reese, and their newborn child after Wraith tells her what she can’t deny is truth: “They will grow old and die while you remain young.” But could he have lied? The only way Simone can know is by finding them, and making a place for herself in their life. And when the balance between human and angel begins to shift in her, she must turn to Wraith again regardless of whether she can trust him or not.