Dear Publisher, What Were You Thinking? Or: A Photographic Diatribe on Book Cover Art

I got this book--The Book of Speculation--which I have only read a few chapter of so far--through Amazon Vine, so it is an Advanced Reader Copy. Often ARCs do not have the final cover image on them.

Sometimes they look something like this image I found online: 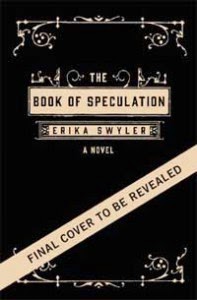 In this case, I must have gotten a slightly later edition of the ARC. Here is the cover of the copy I have: 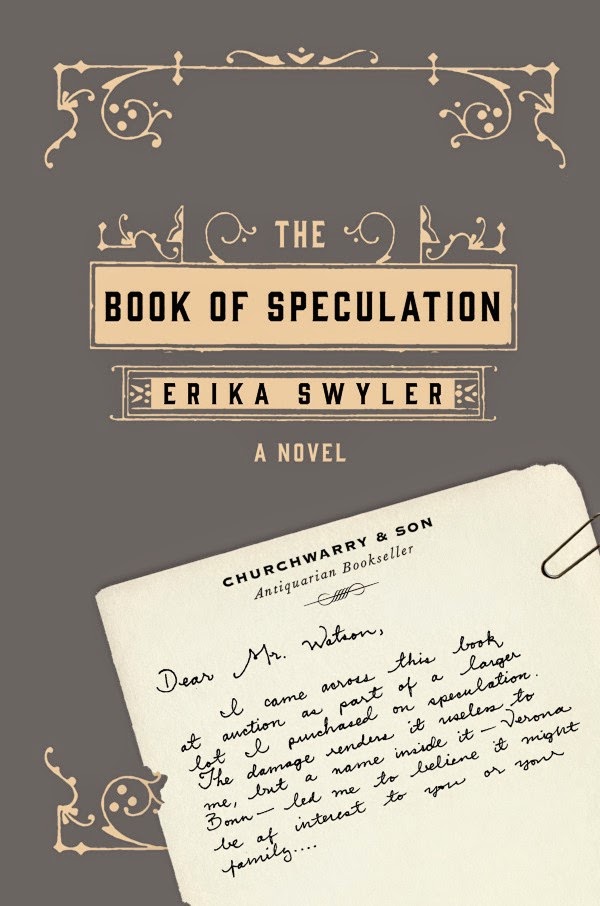 That's not the final cover, nor is it the cover image that appeared in the newsletter when I chose this book. I'm not showing the final cover yet because I want to make a point. I will say now, though, that I chose the book based on the TITLE and description, and despite the final cover. Had the book had this as a cover, I would have been even more intrigued.

On the back of this book is another image, one that looks as if it might have been yet another cover image idea: 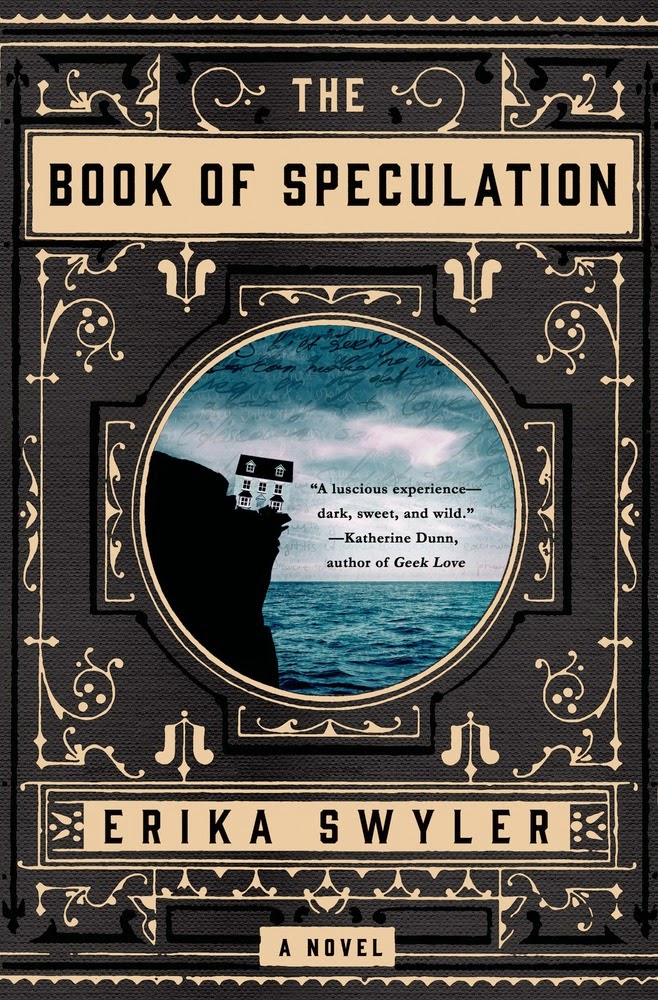 Oh. Em. Gee. That is a cool cover. And from what I've read so far, it totally captures the spirit of the book.

I'll give you that description now:

Simon Watson, a young librarian on the verge of losing his job, lives alone on the Long Island Sound in his family home--a house, perched on the edge of a bluff, that is slowly crumbling toward the sea. His parents are long dead, his mother having drowned in the water his house overlooks. His younger sister, Enola, works for a traveling carnival reading tarot cards, and seldom calls.

On a day in late June, Simon receives a mysterious package from an antiquarian bookseller. The book tells the story of Amos and Evangeline, doomed lovers who lived and worked in a traveling circus more than two hundred years ago. The paper crackles with age as Simon turns the yellowed pages filled with notes, sketches, and whimsical flourishes; and his best friend and fellow librarian, Alice, looks on in increasing alarm.

Why does his grandmother's name, Verona Bonn, appear in this book? Why do so many women in his family drown on July 24? Could there possibly be some kind of curse on his family--and could Enola, who has suddenly turned up at home for the first time in six years, risk the same fate in just a few weeks? In order to save her--and perhaps himself--Simon must try urgently to decode his family history while moving on from the past.
The Book of Speculation is Erika Swyler's gorgeous and moving debut, a wondrous novel about the power of books and family and magic. 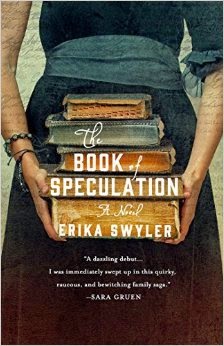 A generic picture of a girl (when the protagonist is male, nonetheless) holding a stack of books. Not *a* book. Not *the* book. A stack of books, A picture that does not say "quirky, literary, fantasy, mystery with oceans and mermaids and circus freaks." No, a picture that says, "We're trying to appear a little nerdy, but this book prolly has romance in it."

I would definitely pick up and consider buying the book with the cover they didn't use. It has an old, creepy feel to it. I used a similar design for one of my books. The cover they chose looks like something to do with an overworked, female librarian or student. Nothing creepy and the title is hard to read over the top of the books. I feel sorry for the author.

Yeah, I agree on the title placement. It's horrible.

I thought that was weird too, but then I thought about the possibility that there could have been an issue with the cover artist and they had to scramble for a substitute at the last minute. Just thinking about the other side of it...

What a shame they didn't use that cover, whatever the reason!

True, Heather, there could be any number of reasons. But I've noticed a trend with books that have really artistic covers changing to more generic, trendy ones.

The most fun thing about this cover is that when it's small, it looks like three people are carrying a coffin to dump in the sea. I was surprised, when I enlarged it, to see that it was a house!

Hah! I hadn't noticed that. It really does look like three people carrying a coffin...