Just a quick post to share a few pics from our adventure at the 2014 Tampa Bay Comic Con! This was our first year attending, and we had a BLAST.

It started off with a ridiculously long line:

That was only a tiny taste of the number of people on the sidewalk...way, way down from where the actual event was....

But even standing in line can be fun with friends: 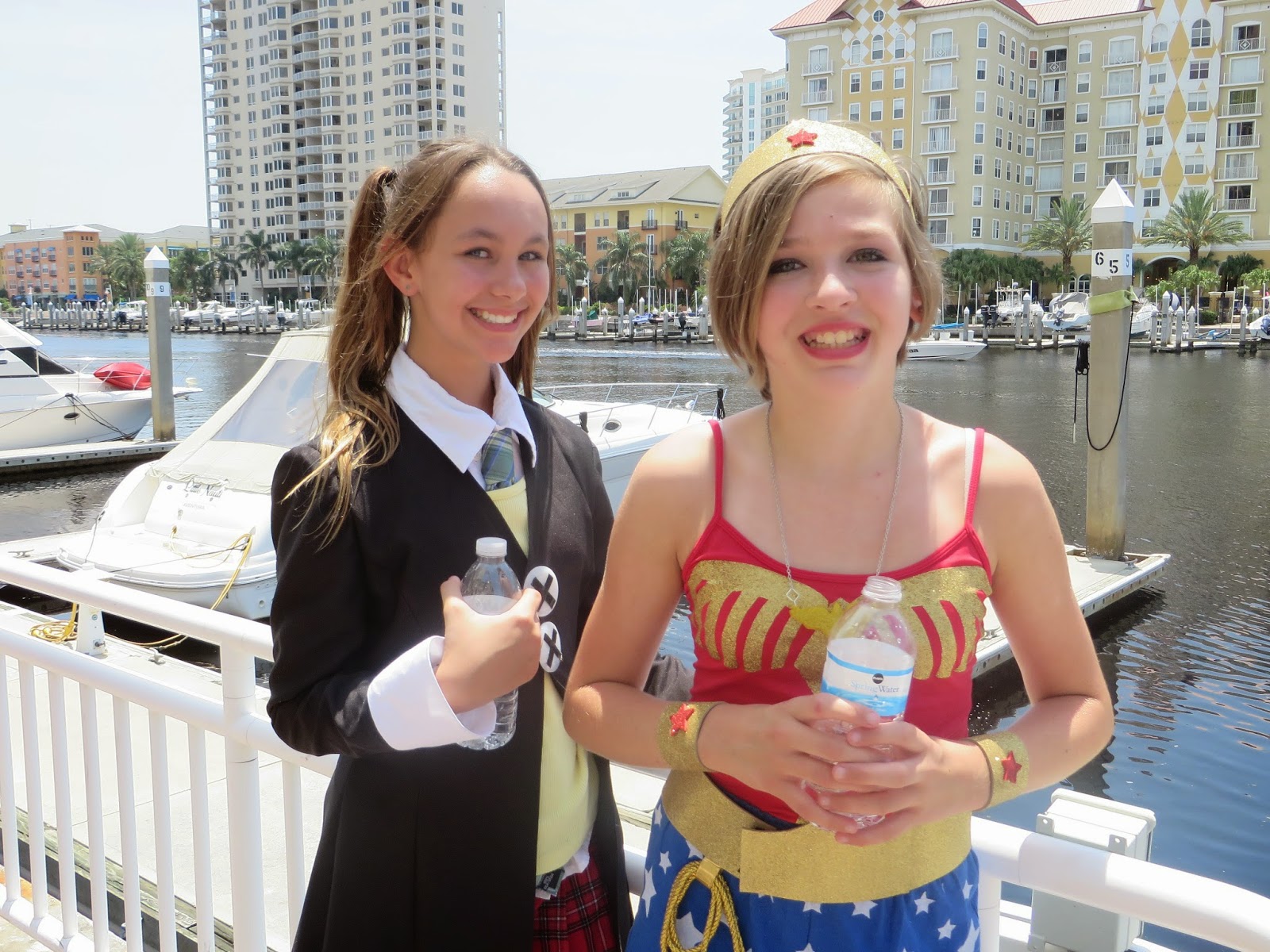 That's Beastie 2 and her buddy. Notice the waters--those were SO necessary. It was freaking hot outside! I was blown away by how many people stood in this line in this heat in full costume. At least Beastie's was cool. BTW, notice that it is classic Wonder Woman. A vendor actually gave her a free WW flashlight because he thought that was so cool of her :).

Beastie 1 wore just the basics in line, then when we got inside we finished suiting him up: 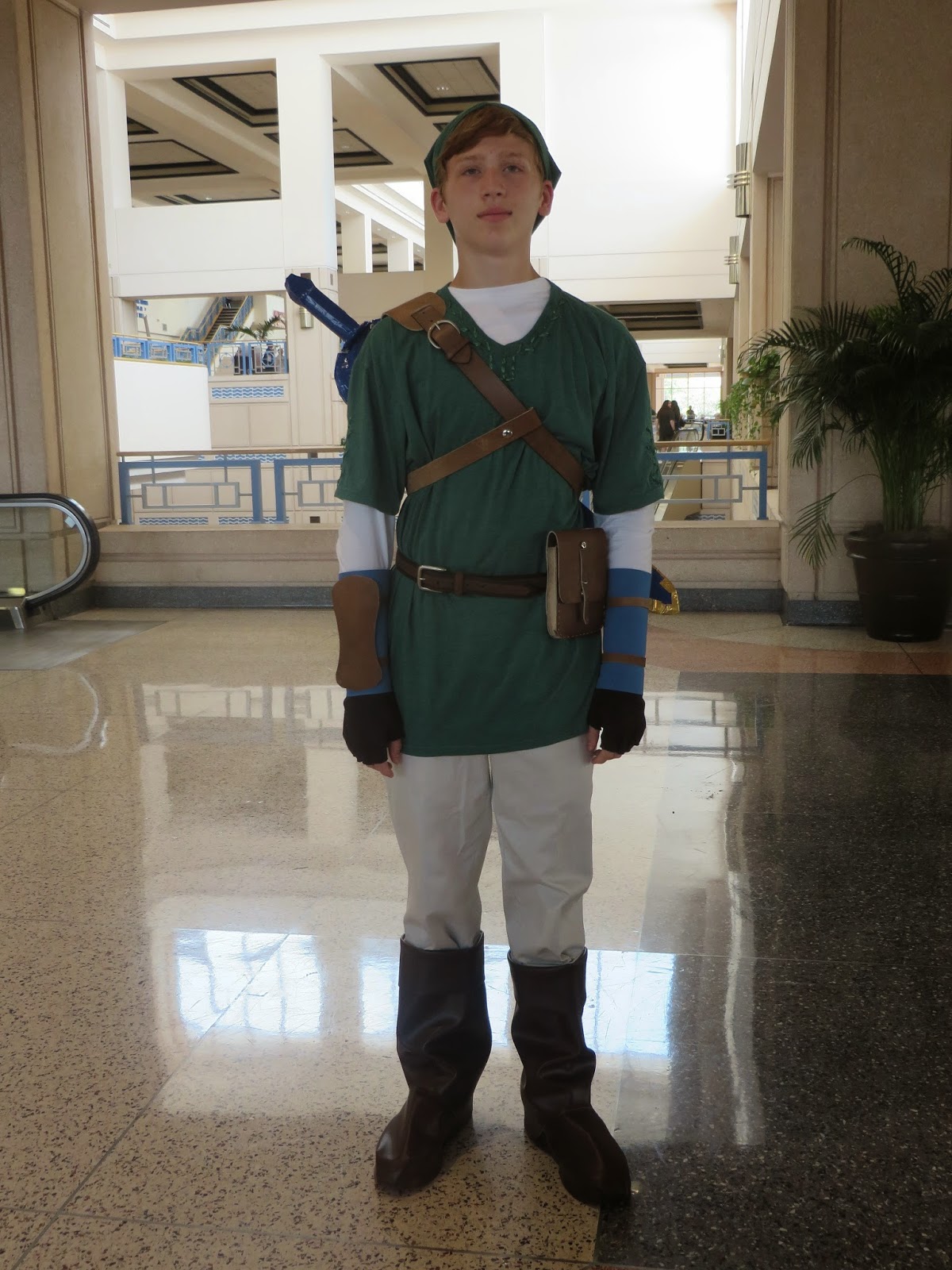 He was so worried about that costume. Would it be good enough? Would anyone know who he was? Well, judging by the number of people who asked for his picture, I'd say those questions got answered.

Speaking of pictures, this is one of Beastie 1's friends who couldn't take five steps without being asked for photos: 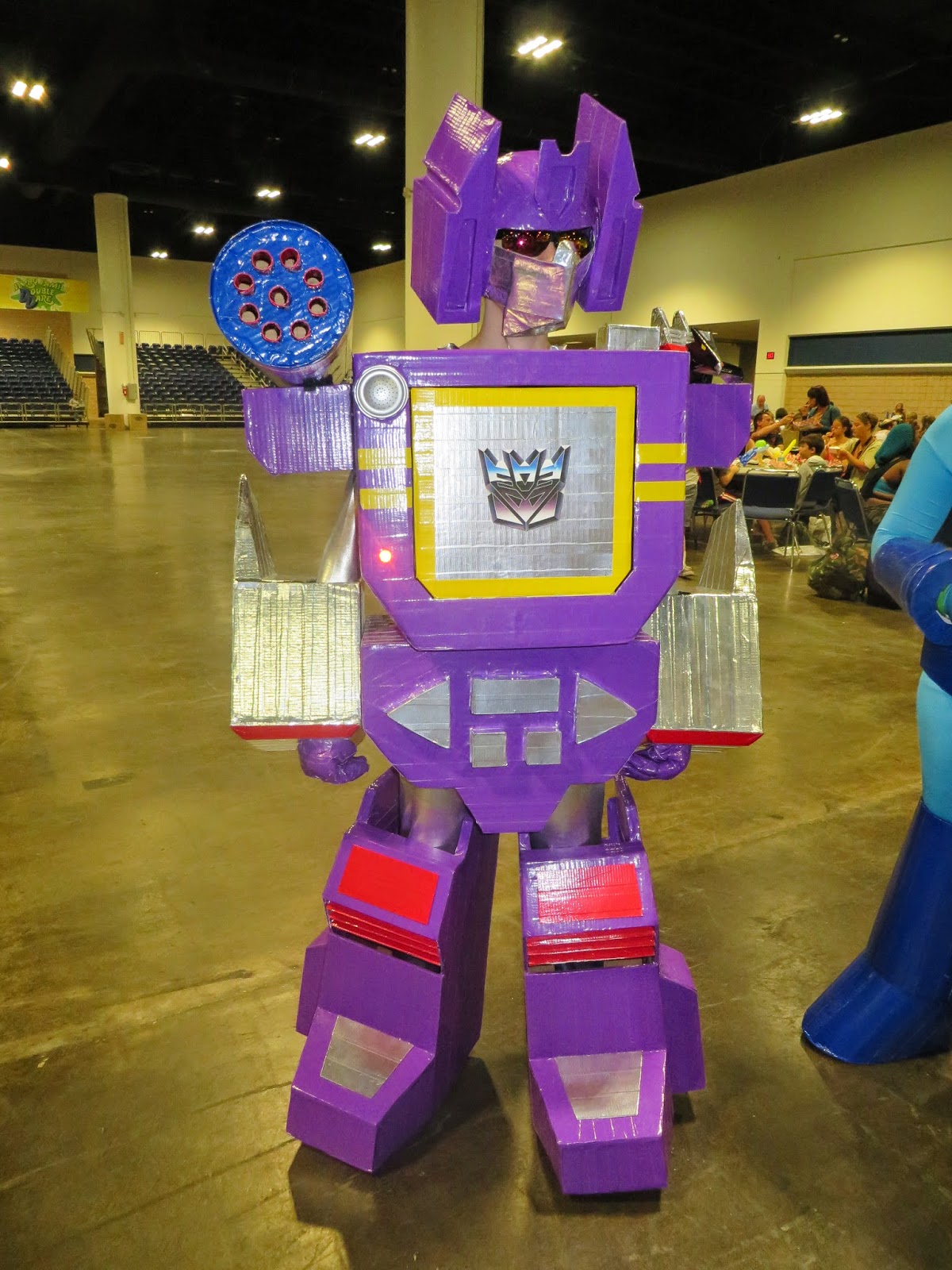 His dad worked about 5-6 hours every day, for over a month on this costume. It was awesome. The front opened up with the push of a button, and there was a voice box inside, and fans to keep him cool.

Here's the whole group of boys we went with: 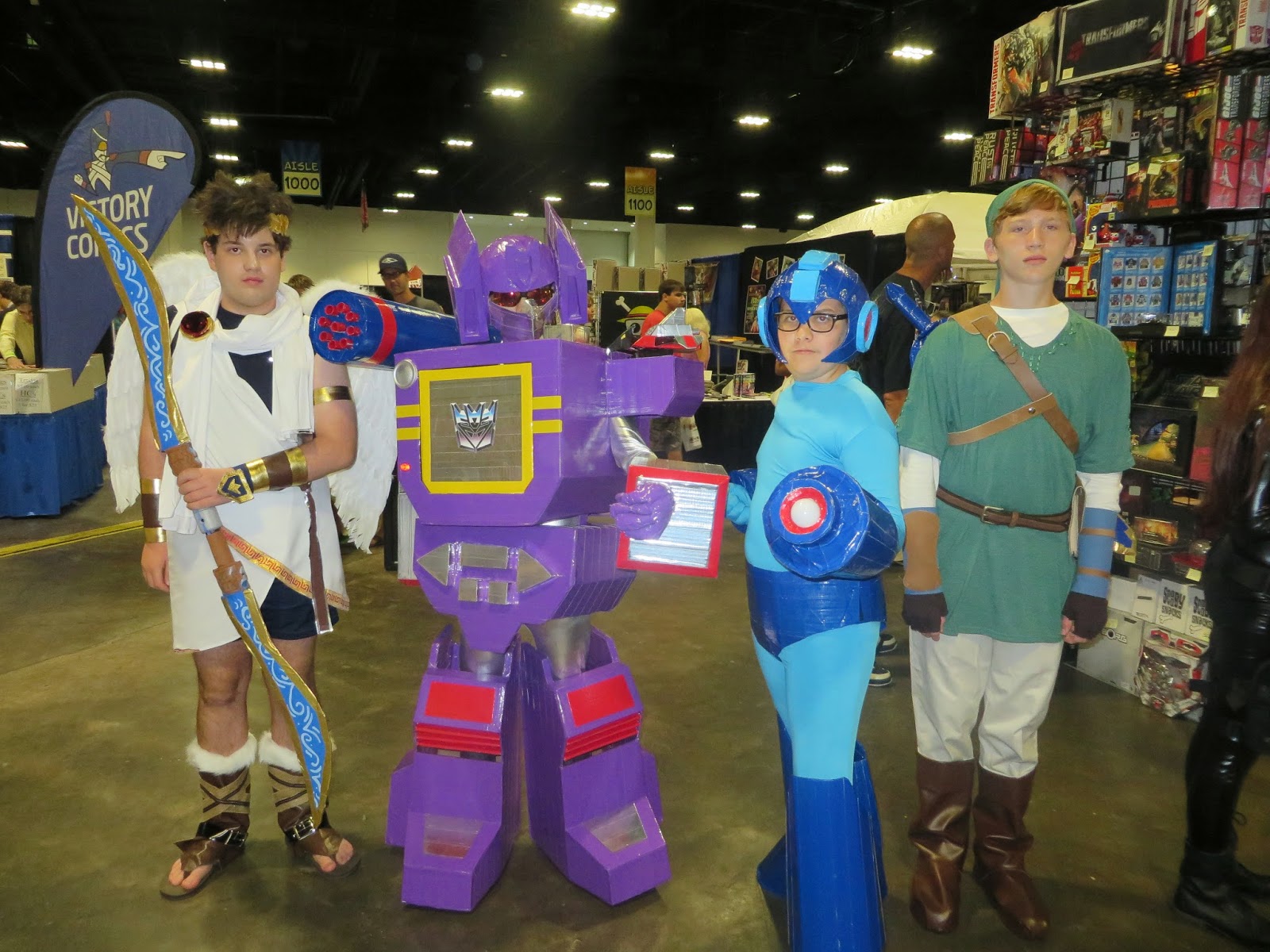 From left to right, that would be Pit from Kid Icarus, Soundwave, Megaman, and Link from Legend of Zelda.

Yes, there were actually other people there and I did take pics--if you want to see them all, check out my Facebook album. (It's public, so if you're not on FB or we're not friends there, you can still see it.)

So, now....time to figure out what we're going to be next time!
Posted by Kat Heckenbach at 6:00 AM

Looks like such fun and what a cool mom you are to do this for and with your children. Thanks for sharing! I had no idea the event was so huge. Makes me happy to know kids (and adults) are reading! Adventure is always in our hearts...even us oldies.