So, the fam did something last night that I've been wanting to do for a long time. We went to Medieval Times in Orlando to celebrate my birthday. Now, Jeff and I have been before--a few times--but not since pre-Beastie days. (That's before we had kids, for anyone not familiar with the nomenclature here.)

We didn't tell the Beasties where we were going--actually didn't tell them we were going anywhere at all until about an hour and half before we left the house--and they spent half the ride over trying to guess. Neither of them even came close. And when we pulled up...."Wow! We're going to a castle!" and "Cool!"

Yes, cool. Every bit of it was. 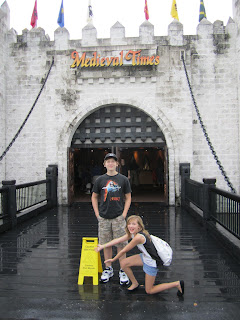 The Beasties so happy to get there, and Beastie 2 thinking it was hilarious to have a plastic sign outside a medieval castle. 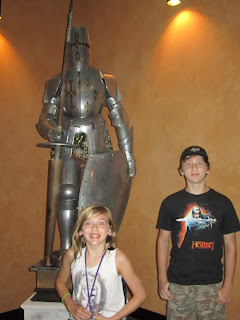 Posin' with the armor. 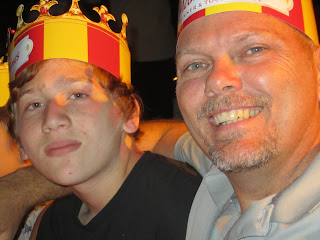 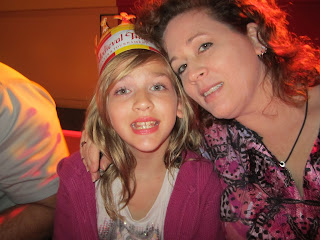 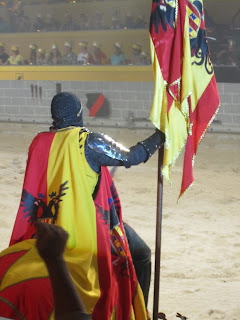 The arena is divided into sections, each with different colors, and you cheer for "your" knight. Ours was gold and red. (Gryffindor colors, I might point out.) 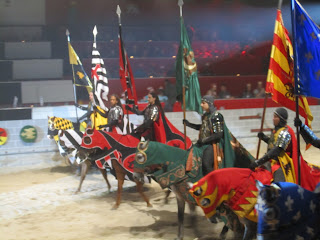 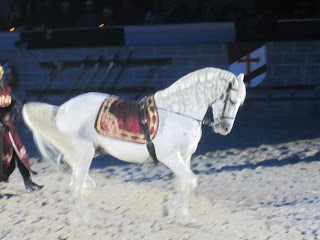 Jeff promised Beastie 2 there would be dancing--She had no idea he meant horses!

And a bigger surprise was awaiting Beastie 2 last night. The knights compete in a tournament and the winning knight picks a girl from the crowd to be crowned "Queen of Love and Beauty."
Guess who got picked! 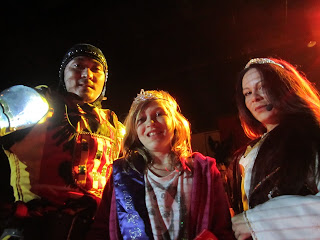 Here she's smiling, but when the knight reached his hand out to her the look of shock was priceless :).

She wasn't the only one who had awesomeness last night, though. 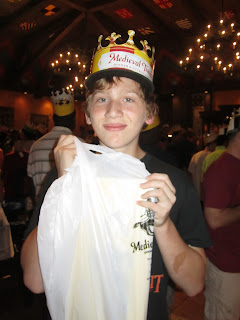 Beastie 1 got a rockin' souvenir. And so did I: 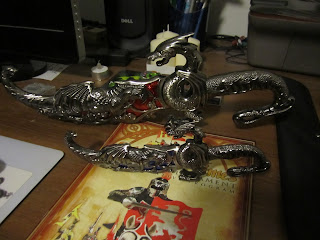 The top one is his. The bottom one mine. I put them together to show the difference in size. The program under mine is magazine sized, btw.

And here's mine open: 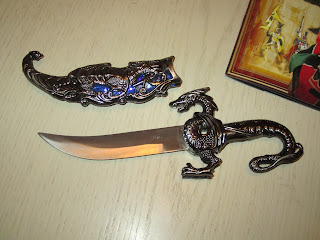 I know...but I have wanted a dragon dagger for SO long. :)

Someday I'll get the sword I've wanted, too! Maybe my next birthday!