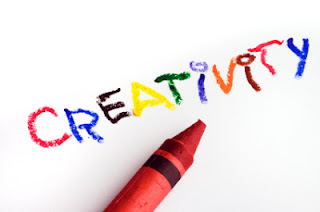 I started writing a post last week and never finished. Maybe from being sick with this stomach flu (food poisoning?) for so long, I've been drained of ideas. But there's been a lot of discussion in my particular writing circles about the importance--or non-importance--of blogging for fiction writers.

I'm not going to post about that now, though. It'd get rather boring and boils down to this: blogging is something you do because you like it, or because you think you have to. I happen to like it most of the time. Blogging is also something that is either the product itself--in other words, people aren't going to buy your books because of your blog, but they will read your blog because it's got great content--or your blog is for your own personal outlet. Mine is the latter. As you can see today. I'm just posting this to express my opinion, and most of my followers probably don't even read my blog anymore to be honest.

Some believe that you write because you love it, period. If you get published, great, but that shouldn't be what motivates you to actually write. Others find the two go hand-in-hand, that if writing is not getting you published, or being published is not resulting in sales (or sufficient sales), then it's not worth the work.

It's perfectly acceptable in any other field to expect to get paid for doing what you love. If you love teaching, become a teacher. But if you can't find a job teaching no one is going to say, "If you really love it and are called to teach, you'll do it for FREE!"

Maybe you'll get a job working at an office and then teach Sunday School once a week, or do some tutoring as a favor for a friend, or decide to offer a free class at the library now and then, but you're not going to teach full-time for free. When someone is hoping for writing as a career, they make it a priority, but if they're not succeeding in meeting that goal, then what's wrong with ratcheting back to hobby level? Or even saying it's just not worth the stress and simply refocusing on other aspects of your life?

There is also something that occurred to me just a couple of days ago. You see, while I was sick, I spent a lot of time lying in bed, watching HGTV. It's been years since I've really watched that channel, partly because I know I get addicted to it and then start wanting to redecorate and fix stuff up, and those things take time and money.

Well, watching all those shows kicked in that addiction again, and I've decided to take a break from writing for a little while to focus on deep-cleaning my house and finishing up some unfinished (or un-started) projects that have been bugging me.

In doing this, I realized that writing is just one of my many creative outlets. That if I stop writing, I just shift to being creative in other ways. In the past, before I ever started writing, I drew a lot, I painted figurines, and I scrapbooked. And of course the house-decorating stuff. For a while I even got on a sewing kick, although pretty much everything was rectangular--curtains, pillow cases, and even slings for carrying my kids when they were babies.

The point is, with those other things I got to be creative AND end up with something personally useful and/or something we needed that would have cost significantly more had I not done the work myself. Writing is the ONLY creative outlet I've ever focused on where the goal was to create something for someone else.

Yes, I said that. The writing part, the creative outlet part, is for me. Of course. But the product--the short story, the novel, whatever--is for the reader. If there are no readers, the story is just sort of dangling there in space, unused.

I guess I'm simply too practical. I can "write" a story in my head. I can imagine the characters and the plot and the story world and never put the words to paper, and I'm still being creative. I'm still creating a story, it's just not being physically recorded such that a reader can access it--and if readers aren't going to access it if I put the work into writing the story down, then, truly, why bother? I mean, I'm getting the part that's for me, right? And I can be plotting and characterizing while building cornices for my kitchen windows and redecorating the Beasties' rooms and cleaning out my closets, which are things that will benefit my family.

No, I'm not saying I'm giving up writing. I'm just saying that not writing doesn't take away my creativity. And the creativity part is what I do for me, for the pure love of it. The putting it on paper to sell it to someone else--that's for publication and for profit, and if it's not gleaning those things, should I have to do it?

Posted by Kat Heckenbach at 6:12 AM

I know what you mean, Kat...but I wanted to assure you that I do read your blog posts. I don't read everyone's, but when I have the time, yours get priority billing along with a select handful of other people's.

Hang in there, and keep up the good work!

I read you every time, even if I stink at commenting!

There's something motivating about having an audience, and something frustrating about not having one. Consider, Mr. Melville ... After his initial success with Typee, everything else he wrote was pretty much a flop. However, Herman is best known for the novel he wrote after officially swearing off authorship -- Moby Dick.

Writing is a bad habit which many writers would be better off without. Still, good things sometimes come of the practice, and after all there are worse vices.

I blog, (when I blog) only because industry gurus seem to think it's necessary. I'll never write an issues-related blog, because I don't Want to write non-fiction.

However, when an editor contacts me and requests that I complete a previously set-aside manuscript that she's never seen, blogging stops.

I read your blog whenever I see a FB link. Sorry, I'm not the type to go surfing every blog of every person just to see if anyone has posted. I don't even go looking on the blogs where I know someone posts every day.

I just started watching Jeff Goins and I REALLY like some of the things he blogs about, but I follow him on FB and only click to the blog when the title sounds worthy of my interest. Same with Mike Duran. I read the posts that interest me and skip the rest. Yours, I read them all and then comment if I have something pertinent to add.

Secondly, it is INCREDIBLY uncanny how much your state-of-mind and thought processes are mirroring exactly the way I felt after my second book. And I'm not talking about after the second book got released by Splashdown in 2010. I'm talking about after I wrote it and self-pubbed in 2007. And then it SAT. And I promoted and networked marketed like crazy and it STILL sat.

Yes, I had a surge of hope in 2010, but the two books didn't really do much better after re-release. Close friends and a couple of die-hard fans urged me to write the third book starting in 2007, but I really and truly did not have the heart for it, given the consumer response (or lack thereof).

You're right, no one would ever dare tell a teacher that if they really loved teaching, they should teach full time for free. How ridiculous. And yet, we hear that all the time. "Write because you can't help it, because you cannot hold back." Like a novel is the equivalent of idle doodling on a napkin while talking on the phone!

Fanfiction was what turned everything around for me. Maybe cornices will do it for you. Or maybe you'll give yourself permission to leave typing behind. No, you do NOT have to.

I would be remiss if I didn't at least mention that when I finally DID write the third book and complete a trilogy, that FINALLY, the first two books did quite a bit better. But "quite a bit better" than zilch isn't saying much.

I get it. I truly do. Decorate your house. Use your blog as an outlet. Don't try to fake the passion if it's not there. Let it come back on its own or embrace its new/different form and let the old form fly away.

You're loved, regardless of what you create for us.

First, I wasn't fishin' for comments--I promise! But they are much appreciated :). Thanks, Grace and Heidi.

David, I love the itch analogy. That's perfect. Yes, sometimes ignoring makes it go away. Sometimes it makes it stronger. I was a homeschooling mom/housewife when I started writing and the itch was STRONG. I am hoping that getting back into that groove will bring it back strong again. Clearing all this physical clutter will help clear the mental clutter, too.

Caprice, I appreciate you sharing your story. And thanks for being there when I've needed an ear! I'm so glad fan-fic brought back your itch, and yes, cornices may work for me. At least my kitchen windows will look better! :P

Hey, does blogspot give you stats of viewers? WP does and it helps as it seems many people don't leave comments.

Sounds like you're getting burned out. Might be a good time to do what you said and focus on other creative outlets for a while. :-) Also, get completely well! The flu this year is a doozie.

Jenette, Blogspot does give some stats. I know the site is being visited and lots of people read blogs regularly without commenting--me included!

Kessie, yes, I think I was getting burned out. And the flu or whatever this is has been so rough. Crazy year.

If books are therapy for some of us, maybe your emotional well of issues needs refilling. That's a good thing.

I have to wonder if part of it is growing up and "becoming practical." I stopped drawing when I realized it was terribly expensive (in time and money) to create things I would never sell yet had no room to keep.

We only have so much time and energy. If other things are calling at the moment, maybe it's because they're important, too.

Go have some real problems and real successes. Those are always fun.

That is definitely one way I hadn't thought of it, Robynn! :)

I always read your posts too. :)

I meant to tell you that I gave your books to my 16 yo niece for Christmas and she immediately started reading Finding Angel and said she really liked it. Her 14 yo brother wanted to know if he could read your books as well. He said he could tell they'd be good because the covers were so cool. ;) I assured him they weren't kissing books. LOL

I read your blog, too. It helps that I just use googlereader and added it to my feed. Though sometimes I get a few days behind (as you can see).

I like what you said about creative outlets. Now I know what my problem is! Though I already pretty much knew. Too many creative outlets on my plate equals not enough time to focus on writing. I need to downsize a bit!

Thanks, Kat! And yeah, sometimes too many creative outlets end up stretching you too thin.