Blog Meme: The Next Big Thing

I normally don’t do blog memes. But this one kinda grabbed me. Not the usual, "What color socks are you wearing?" It’s basically part of an ongoing chain of book and author recommendations called “The Next Big Thing.”

The whole idea is that writers get “tagged,” answer ten quick fire questions on their blog, and then tag five other writers … so that before long you have a whole web of writers answering the same questions, and linking to one another through social media. I was tagged by Mike Duran (thanks, Mike!) and will henceforth tag five writer friends at the end of this post who will answer these same ten questions on their blogs next Wednesday. (Okay, I was supposed to tag five. I tagged four. I am such the rebel.)


1) What is the title of your next book/work?

I have two works in progress right now. One is the third book in my Toch Island Chronicles series (as in the sequel to Finding Angel and Seeking Unseen), as of yet untitled. The WIP I want to focus on here is unrelated to Toch Island and geared to an adult audience rather than YA, and the working title is Relent.

2) Where did the idea come from for the book/work?

I wrote a short story (“Willing Blood”) a few years ago, with three main characters. A vampire-like demon master (um, yeah, I made that up) named Simone, a demon she is charged with controlling named Wraith, and a little girl named Emily from whom Simone draws power. I loved the characters so much, but the story was only a few thousand words and really had nowhere else to move after the ending. So I reshaped the characters and created a whole new story around them. The only one who stayed almost completely the same was the demon Wraith. Simone became a half-angel/half-human, and Emily is now her daughter…

3) What genre does your book/work fall under?

I wish I could figure that out! It’s romance, but not what one would find in a typical romance novel.  I don’t read romance myself, and I’m not aiming to hit that target. It’s paranormal because of the angel/demon thing. It’s suspense/thriller, with maybe a touch of horror. It’s definitely dark. A dark paranormal romance-ish story?

4) What actors would you choose to play the part of your characters in a movie rendition?

I’ve never seen Chris Hemsworth play a dark, evil character, but I can see Wraith’s human form looking a lot like him with black hair. Give him dark eyes, black hair, don’t let him sleep for a few days, and squeeze him into jeans and a Harley t-shirt. That’s Wraith. 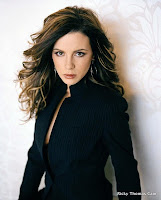 For Simone…I actually posted on Facebook trying to get ideas for actresses based on my description of her. I got a wide range of suggestions. The closest of all of them, I think, was Kate Beckinsale as she appeared in Van Helsing, but with darkish auburn hair. 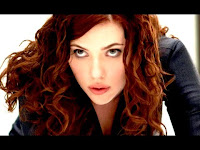 Another possibility would be Scarlett Johansson as she appeared in The Avengers, but with longer hair. And, well, longer her. Simone is tall and lanky. So, put Scarlett in a stretching machine. Should make her cranky enough to play the brooding Simone. 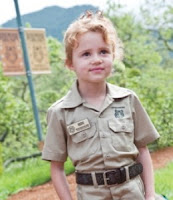 For Emily…Maggie Elizabeth Jones, the little girl from We Bought a Zoo. Emily is contagiously cheerful, with brown eyes and curly blond hair.

For Simone’s ex, and Emily’s father, Reese…Alex Pettyfer. Well, in several years. He needs to be late 20s, maybe 30-ish, and he’ll have to dye his hair dark brown and grow it out some. If Alex’s looks keep heading in this direction, then he’d likely work for the role.

Another major character is one I can't name. No, literally, I keep changing her name. I need to settle, I know. And I couldn't find a picture of a celeb that reminded me of her at all. So she'll just have to stay a surprise :).

5) What is the one-sentence synopsis of your book?

OK, now that I have that out of my system…

Seriously, I hate writing one-liners. I suck at it. One line to sum up a story about a half-angel searching for her daughter, being toyed with by her best friend and worst enemy (who happens to be a demon), while she fights to not fall back in love with her daughter’s father? Not happening. Really. Because it’s so much more than that.

Simone’s mother chose her angelic status over Simone when she was born. How could she do that? So selfish! And Simone had vowed she will never be like her mother. Never. Yet Simone did give up her daughter, too.  Not the same thing, she insists.

6) Will your book be self-published or represented by an agency?

I am hoping to find an agent and land a traditional publisher with this one. My goal from day one of my writing was to be published by a large, traditional press. Finding Angel didn’t hit that mark. In many ways, I’m actually grateful for that, though. It has set me on a path of friendship with some amazing authors as well as my publisher herself. I’ve gotten to have real creative control over my Toch Island series, which has been awesome. I wonder if giving up that control with Toch Island would have been too hard on me.

Relent, though, I think can withstand it. The right publisher, the right editor…It’s what I’m hoping.

7) How long did it take you to write the first draft of the manuscript?

When did I start this? Two years ago? Three? I can’t remember, to be honest. I have gone back and forth between bursts of inspiration for the story and stretches where I ignored it completely to work on Seeking Unseen and short stories. Right now, I’m about ¾ done with the first draft. It’s been a strange ride, this one.

8) What other books would you compare this story to within your genre?

I say angels and demons, suspense/thriller, and people probably immediately think Frank Peretti. But it’s nothing like his work. It’s not a “spiritual warfare” story at all. It’s very personal. It’s about relationships. Romance, yes, but more about family, sacrificing for the ones you love. I have never read a book that is like this. Not saying one isn’t out there, but I have no idea where to direct you.

OK, I will say, what I *hope* for it to end up like is Daughter of Smoke and Bone by Laini Taylor. Well, actually, more like the sequel, Days of Blood and Starlight. At least in tone. The story in those books is a romance set amongst a war between angels and chimaera. There’s no war in Relent. It’s a much smaller cast. Very personal, very intimate.

9) Who or what inspired you to write this book?

My husband, Jeff. I have always been very strict about not letting Jeff read anything of mine that isn’t published. He’s an engineer, and their nature is to try and fix everything, even when it doesn’t need fixing :P. I love him—and that is why I won’t let him near my writing! So, after “Willing Blood” published, I sent him the link. He read it. And pretty much ever since he’s been hounding me to write a book with those characters.

10) What else about the book might pique the reader’s interest?

I think what may pique readers’ interest is the theological aspect. The message will be clear, but the means of presenting it will likely have plenty of Christians picking it apart with their theological tweezers and crying, “No! Wrong! You can’t do it this way!”

I’ve already had one critique session with a group of Christian writers. They all gave enthusiastic thumbs up on the writing and begged to see more. But one of the ladies was really distressed by the way I presented angels and demons in the opening. Distressed enough to write me a pretty detailed email after the critique meeting.

So yeah, I’d say this is going to be a story that is loved or hated, seen as brilliant or garbage. And I’m okay with that J.

And now for the tagging:

Robynn Tolbert, author of Star of Justice, which if you have not read you deserve the cruelest of punishment--well, I guess missing out on the story counts as cruel punishment.

David Berger, a really nice author I met at the Necronomicon. His first novel, Task Force Gaea, is a superhero book with roots in Greek mythology.

Shawna Williams, romance author. Yeah, I know. I said I don't read romance, But I read hers :).

Christopher Kolmorgen, a talented young author of spec-fic, whom I think we'll need to keep an eye on in the next few years....

Your next book sounds really interesting! Angels and demons are really hot right now. Go on Amazon and search for "YA urban fantasy" and it's everywhere. I think angels are the next vampires, honestly. Them and fairies. And it's a romance, which is even more marketable. :-)

I had thought of tagging you in the first place, but saw you mention on Mike's blog that you'd probably just jump in the fray on your own :).

I know angels and demons are in a lot of YA, and some adult urban fantasy. I'm actually a little nervous that I'm going to miss the window...

I was going to say something similar to Kessie. "angels and demons, suspense/thriller" - I used to think Peretti. Now my mind immediately goes to The Mortal Instruments & Infernal Devices books.

But your work-in-progress sounds fascinating. And you've definitely got my curiosity up about the love/hate theology debate. ;)

Naw, it's just a big wheel. If it stops being hot, it'll become hot again down the road. Vampires were in a lull until Twilight came out. She just happened to be the one riding the wave. Since you're going general market with this one, an agent and publisher will know the trends and be able to work with you.

Thanks, ya'll! Hopefully I'll be able to catch this wave. Gotta get finished first, of course :P.

Nuts, I was going to tag Kessie. Ah, well.

Relent sounds intriguing, but you knew that.

Thanks for the shout out. Guess I'll get cracking on me own post.