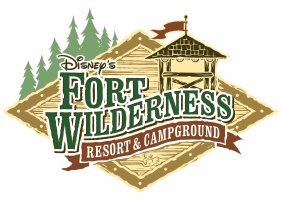 I make that statement--with a contented sigh--because for the four days prior to today I was not. I was camping. Our version of camping does not involve tents or sleeping bags. It does not involve deep woods or even state parks. Nope--I'm not too proud to admit--our version of camping involves a 30-foot air-conditioned travel trailer and Disney's Fort Wilderness campground. That, my friends, is as close to "camping" as this girl wants to get.

True, I grew up in the country. It was a brick house, but it was out in the middle of nowhere, on a street where all the lots were heavily treed. We had snakes, of the "rat" variety and the "coral" variety. We had bugs...and bugs...and bugs. Wolf spiders the size of my hand. I spent most of my time climbing trees and running barefoot. I love hearing crickets outside my window and desperately miss that sound here in my suburban neighborhood. I am not afraid of nature. That's NOT why I don't like "true" camping.

I'll tell you. It's the lack of solitude. It's having a family on top of each other in a small space. It's hard enough to get away from each other in a 30-foot travel trailer, so forget it in a tent. I know--camping is about being together as a family. Sure. But not every minute. I need space. And to be perfectly honest, I need air conditioning. And I like having a place to plug in my netbook. And I'm not terribly keen on the idea of huddling under a canvas triangle in the rain.

So, that said, this trip was almost the deal-breaker. We had a flat tire on the trailer when we got to the campground. After days and days and days of pouring rain, it didn't so much as sprinkle the day we arrived and that made it HOT. The ac in the trailer could barely keep up, but sitting outside was misery. Oh, and then the battery died on the trailer. I don't understand the electrical system of our trailer, even after my electrical engineer husband explaining it to me--but we did have ac and TV even though the overhead lights and the fridge wouldn't come on. This led to dear husband heading out to Walmart twice in the middle of the night...once for fuses and once for a battery charger, and both times he came back with scary stories about the people of Walmart who shop at 1 am in Orlando....

Ah, but bad things always strike in threes. We seem to have a leak in the trailer somewhere, too. Probably something easily fixed, but the bugger will be trying to find it.

We had other mishaps this weekend, too. Like broken-but-thankfully-not-lost bracelets (two of them) and forgetting to bring the comfy chairs. Taking the bus instead of the boat to get home quicker because it was almost check-out time and finding out the route was actually twice as long, then getting back and forgetting the combination on the hitch lock, so husband calls the maintenance people to have them cut the lock off...only to remember the combination and have to call them back and tell them how stupid we feel.

I have a friend who says this is all because Mercury is in retrograde. I honestly would love to scoff at her, but last time ole Merc was in retrograde we had a slew of craziness, too. This time, it was combined with a full moon.

What. Were. We. Thinking?

At the very least, we are not camping in August again.
Posted by Kat Heckenbach at 7:08 AM