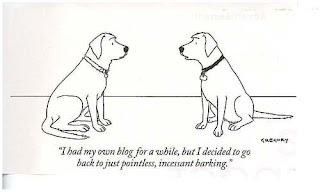 I just got finished going through my blog roll and "un-following" several blogs that seem to be inactive. Hm, it seems quite a few people have just given up on blogging. I wonder if that's because Facebook has become the new format for communicating what they used to post on blogs. Micro-blogging is what I tend to think of it as. (I guess Twitter would be nano-blogging :P.)
I, personally, am not ready to give it up. Even though there are days when I stare at the computer thinking, "Duh...what to say...what to say..." Blogging helps me organize my thoughts. It makes me feel like I'm doing something to push forward even when things aren't too active on the publishing front. 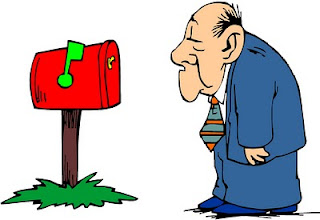 I'm kind of caught in a hold period right now. Waiting on responses to submissions. Waiting to make announcements about a secret project I got wind of a while back and for which I will definitely be a contributor. Can't tell ya about it, though.
Speaking of secrets. There's this site called "Clash of the Titles" that posts excerpts from books for readers to vote on. Each clash has a different focus, such as "most romantic" or " strongest emotion." Generally they feature published books, but once a year they do a clash between excerpts of unpublished novels.
HINT. HINT.

Um, please visit them HERE, and "follow" so you can keep up to date on the UPCOMING CLASHES.
Posted by Kat Heckenbach at 6:21 AM

Email ThisBlogThis!Share to TwitterShare to FacebookShare to Pinterest
Labels: blogging, Clash of the Titles, secrets, waiting

I am usually the last person on the planet to know a secret, but at least that relieves me of the burden of keeping a secret, because if everyone knows, it's no longer a secret.

I love the dog cartoon, by the way. That's how I feel like my blog is perceived: pointless, incessant barking. LOL