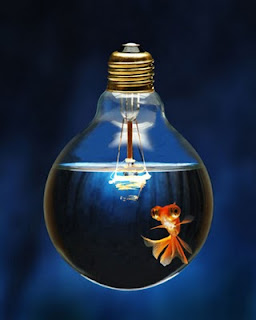 It's been well over a week since my last blog. I'd like to say I've spent that whole time consumed by a writing project. Well, in a way I have been.

Let me start at the beginning.

Every now and then it hits hard that I have not found a home for Finding Angel. After pouring my heart and soul into writing it, editing, polishing, writing and rewriting queries--which get sent out and ultimately rejected--it's, to say the least, frustrating. At times, it becomes like a huge weight I can't seem to lift.

So, when I say I was "in a way" consumed by a writing project, that's what I mean. BUT, only for the first part of this non-blogging week.

After several devotionals and my pastor's sermon last Sunday, I started noticing a theme in the words coming into my life. "Idolatry." I didn't quite recognize it at first--the devotionals were more about just waiting on God to fulfill His promises and not getting side-tracked with impatience. But then the message got stronger.

My pastor spoke specifically about idolatry last Sunday, and one thing he said struck like a gong. I've known for a long time that idolatry doesn't necessarily mean bowing down to man-made statues of false gods--that it can also mean putting material goods before God, like cars, a big home, money, etc. But my pastor spoke about other things that can become idols--our kids, our need to please people, our drive for success.

That last one is what I'm talking about. Often we think of a drive for success as the guy in the suit who's constantly on his cell phone or laptop, workworkworking to become the top exec in his company. But it can mean success in any endeavor.

Like trying to find a publisher for a book.

At least, when the thoughts about that need overtake you.

So, I made a resolution to "let it go" and try to concentrate on getting closer to God. The weight I couldn't lift seemed to rise off of me all on its own. I spent Monday and Tuesday avoiding writing altogether, which meant no blogging still.

Then on Wednesday, I came across this blog post on Novel Teen. The closing thought seemed written just for me:

Instead we have to stop. Step back. Take a moment. Breathe in and out. Zoom in on the one task at hand and ignore everything beyond it. This is how we seek God. It is the place from which our own creativity springs.

Oh, those two last sentences! This is how we seek God--not by avoidance, but by finding HIM IN what we're doing. Yes, I needed that initial step-back, that moment to breathe. But I don't need to give up writing altogether. Especially because it's when I'm writing that I feel the most connected to Him--where I feel my creativity, which He gave me, pouring through.

After seeing that blog post on Novel Teen, everything seemed to fall into place. I sat down to work on a short story I'd gotten stuck on. Out flowed 2800 more words. The next day, another 1200, which completed the story at over 8,000 words.

God wants us to have good things--He wants to fulfill the desires of our heart. He just doesn't want us to walk away from Him in the process. He wants us to seek Him in our work, and let Him be the one to unleash our creativity.

So, here I am folks. Consumed by writing again--but the right way this time.

(PS--I know, the image I chose for this post isn't exactly relevant. I wanted to find something that illustrates God being a part of our creativity, and my Google searches did not provide what I was looking for. But, the one above at least has to do with creativity, and it's cute.)
Posted by Kat Heckenbach at 6:08 AM

Great post, Kat. It's amazing how much He can tell us if we take the time to step back and listen. I think writing is one of those endeavors in which it's very easy to become self-focused and lose sight of who all our work is about.

I recently had to do something very similar. The peace one finds when letting go like that is amazing. It gives an amazine sense of peace.