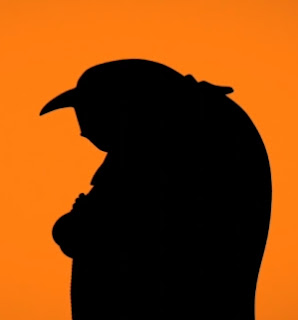 I am lucky to have a handful of friends that I've known since high school and before. A few I've even been friends with since kindergarten. That means I've got friendships that have endured 25 to 35 years. It's a very cool feeling to be connected with people for that long--people who remember you with pigtails and your first glasses, who knew you when you had your first crush, who sat next to you in class and passed you notes and now you're emailing each other about your own kids.

One particular friend is a girl I've known since seventh grade, which means we've been friends for 28 years. I saw her yesterday because she brings her young son to the park where my homeschool group meets. After the festivities of the "first park day party" we sat down at a picnic table and talked for over an hour. She said something to me that really has me thinking.

She told me I need to gain some "arrogance" about my writing.

That statement has extra meaning because it came from her. You see, she knew me when I was an awkward adolescent. We were in a lot of the same classes, so she knows the kinds of grades I got in school (A's) and she also knows what that meant considering the kinds of classes we were taking (gifted/honors/advanced). She also knew me when the bomb dropped and I turned into a massively rebellious teenager who nearly threw away her entire future in favor of parties, drinking and drugs.

In other words, she knows first-hand what I am capable of. Good, bad, and ugly.

One thing she did not know when we were growing up was my secret aspirations to be a writer. Honestly, it was something even I wasn't too keenly aware of. It wasn't until I made the decision three years ago to sit down and attempt to write a novel that the memories came back--me sitting on my bed with a legal pad and pen, "Chapter One" written at the top of page after page that ultimately ended up crumpled and thrown across the room--me closing a book I've been reading and staring at the binding, wishing with all my heart that MY name was on there--me wandering the aisles of the library, wondering what it would be like to see MY book sitting there on the shelf.

My friend has now read some of my writing. Unlike those of you who don't know me, or haven't known me very long, she had to add that bit of information to a jumbled pile of knowledge about the real me. Me, the rebellious teenager. Me, the one who never gave any indication she wanted to write. Me, the one who blasted everyone away in math but never showed an affinity for the work we did in English class (yes, I got A's, but I didn't care).

Here's the double-whammy. She's an aspiring writer, too. And she's knowingly wanted this her whole life. She has EVERY right to blow me off as a hack and a wanna-be.

Instead, she told me I shouldn't worry about getting other opinions about Finding Angel. That I need arrogance about my writing. Holy cow, what a thought.

Finding Angel is not an unpolished half-attempt at writing. It may have been my first work, but I've revised and edited and reworked it with every gain of knowledge about craft. I am rather good at discerning what is helpful advice that actually corrects issues and what is another person's opinion about proper style (i.e., their style).

I am creative and unique. (Another friend recently called me "artsy and original" this week. :D Right when I needed to hear it the most, I might add. Thanks again, HH.) Maybe not every word I write follows the "rules" but when I break them I do it with purpose.

My word count is high. Yes, I get it. I'm fully aware of that fact. Could I shave it down? Most likely. But judge not by the number, please. The story is complex. It is not a linear novel--multiple lines of story all tie together at the end. If I cut a line, the whole thing will unravel. I have given this a lot of thought. And, dagnabbit, I happen to LIKE complex novels and, no, I will NOT simplify it because you want to read something that carries you along like a kite on the wind. Be part of the wind, people.

I will NOT change my book to a romance. Sure, romance sells. Sure, teen girls like it. Well, that is teen girls who've never considered owning a pair of fake Elf ears, who would never don a medieval cloak, who don't fantasize about owning a real sword...in other words, teen girls who read romance and not fantasy. Guess what--the book is not for those girls. And who says the book is just for girls anyway? Because my protag is a girl? Because I'm a girl? Sheesh.

I am a Christian. My book is not standard CBA fodder. I don't speak once about Christianity in my novel. There is no allegorical Christ figure. There is magic. There are dragons. There is a totally rockin' tattooed, leather-wearing Elf who plays an electric guitar with no electricity, and he is the most spiritual person in the book. The conflict hinges on whether or not we have souls, but that's as close to Christianity as I tread. Therefore, getting published by a CBA press is pretty much out of the question.

I don't fit rightly into the secular arena either. I can't pinpoint exactly why. Maybe because the trend right now is urban, and if anything my book is "rural." Fantasy with a bit of southern twang. But don't tell me it's because it's unoriginal. I've read a LOT of YA fantasy, and Finding Angel is nothing like anything I've read.

(Side-rant: Agents say they are looking for original, that they don't have preconceived ideas about what they want. Yet, they reject most writers based on a single query letter. A paragraph with the stats of the book--genre, word count--then a six-sentence summary that barely touches the tip of the 100,000-word complexity of the novel--and finally who are YOU and what makes YOU so special we should take YOU on? YET, I got a rejection letter from an agent, who actually looked at my first chapter, saying my writing was really good but it didn't fit her "list." Seriously.)

Lastly, I have had FOUR short stories accepted (three already in print and the other will be next month) that are based on Finding Angel. They are back story, or side story, to the novel. They are about characters in the novel. Why do these sell if my novel is not something people want to read?

Boy, this has gotten long. For that I apologize. But I make no apologies for thinking Finding Angel should be published by now. Does that make me arrogant? Maybe my answer to that should be, "Good."
Posted by Kat Heckenbach at 5:45 AM

I should think the number of short stories coming out of Finding Angel should make an agent at least curious.

It's a great book! You're great! And you have every reason to be arrogant!
Love ya!

All writers are arrogant. They have to be or they wouldn't make it past the first rejection letter and the second and the third and you get the idea. The trick is to be arrogant without becoming a royal jerk. I think Christian writers, who already have a sense of humility before God as part of their worldview, are better able to pull of this balancing act.

Keep at it with your novel. I agree an agent should be curious considering all the stories you've sold based on the novel. It doesn't sound like any agents have given good feedback. I think all editors and agents have a very good idea what they want but find it hard to verbalize it. It's more like I'll know it when I see it which makes this whole submissions business akin to a crap shoot (a step above roulette).

You go girl! I am arrogant about your writing!!! I know it is good stuff :)

Great blog! Your friends are right - you are artsy and you should be arrogant about your writing. You are good, and I don't think that just because I'm your mom. Obviously, I'm not a writing critic, but everyone I've told about your writing and then they've read it, loved it. Now what I'd like to see is a new picture of you on your blog, so everyone can see the real, artsy you with your new short haircut. Then your look will match your writing:)

From one of your friends who has known you since kindergarten, I also know what you are capable of, and you are capable of getting this novel published. Don't give up. You're good. Plus, I want to hold it in my hands and read the Mav's cameo!

Love it! Writers have to come from a strange dichotomy of humility (how can I make my story better?) and, yep, arrogance (this story *is* good enough to be read by the world!). Your rant is magnificent!

YET, I got a rejection letter from an agent, who actually looked at my first chapter, saying my writing was really good but it didn't fit her "list." Seriously.)

Did said agent tell you to "Write a Vampire Romance instead?" That actually happened to another blogger/writer.

(You'll know who this is when I say I won't change a cobra into a vampire...)

Nope, she didn't say that. But it wouldn't surprise me.

And Cobras should DEFINITELY stay Cobras ;).

You have an awesome friend!!!!!!! How cool that she could give you those words of advice & encouragement!! :)