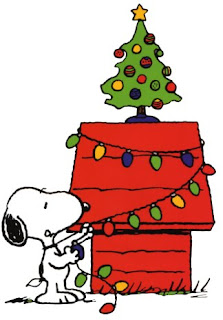 I've thought many times about writing out a particular Christmas experience of mine and submitting it to an anthology or someplace that takes Christmas stories. But for some reason I just can't bring myself to do so. I've never had any problem writing out personal experience stories--as a matter of fact, I've made almost all of my writing money doing so. And I'm fine with sharing pretty private stuff. Mainly because I've been down some dark paths, and I know how scary it can be. I want people to know they are not alone--to know I've been there and am glad to help them through, too.

In October of 2004, I was diagnosed with cancer. I've mentioned it before on my blog, but I try not to write about it often because it's not a very happy subject. But every now and then I need to say something about it because I hit a milestone (for example, the end of January will be five years cancer-free!), or something in my life brings up memories of that time.

Christmas is one of those things. You're probably thinking that sounds kind of awful--Christmas making me relive my cancer struggle. But really, it's not awful at all. It's quite beautiful.

You see, Christmas has been an up and down time for me. I loved it as a kid (of course). Then, for a while during my teen years I was a bit of a scrooge--probably because my parents divorced while I was in high school and I hated how the holidays had to be split between them. But somewhere in my twenties I caught the Christmas bug again. Since then it has been my favorite holiday. I was very much afraid that would change when I went through my cancer treatment because it happened to fall smack across the month of December.

My cancer treatment was no fun to say the least. The docs were very aggressive because I was young and in an early stage. The chemo didn't make my hair fall out, but it made me sick as a dog. The radiation zapped all my energy. At five-foot-nine I actually felt puny. Weight-loss and exhaustion left me weak and barely able to walk across the house. When the Christmas lights went up around my neighborhood, I knew there was no way I'd be able to make our traditional family walks at night. I couldn't even ride in the car because of the motion sickness.

But my dear husband did not let me get down about it. He remembered his parents still had a wheelchair that had belonged to his grandfather and asked them to bring it over. Night after night, he loaded me into that thing, covered me in thick blankets, and pushed me out the front door. My daughter, who was two at the time, curled up in my lap, snuggled under the blankets with me. My son was bigger and we couldn't all fit, but he held my hand or helped his daddy push. And just like that, wrapped in the love of my husband and two kids, I rode around my neighborhood.

The lights were more amazing than they had every been before--than any lights had ever been before! Despite all I was going through, that was the best Christmas of my life. Nothing has matched that feeling since.

Maybe that is why I haven't been able to write it out as a "story." The feeling is so embedded in that memory, I'm afraid picking it apart and trying to make it into something submittable would break it. So, I'm going to keep it whole, and I offer you a glimpse with this post, but that's all you'll ever have. I hope that is enough.
Posted by Kat Heckenbach at 8:02 PM

Beautiful ~ I thank God for you sister/friend, Kat!