My History with Horror (or, Making Mountains Out of Slashers) 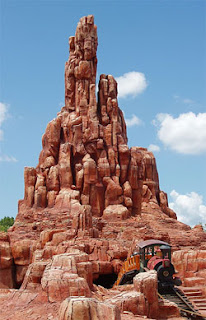 When people ask me if I ride roller coasters I tend to say "no." Although, technically, that is not true. You see, I actually LOVE roller coasters. What I hate are drops.

I realized I've been telling people for years that I don't like horror for a similar reason. I came to associate blood and gore with horror movies because of the string of slasher flicks that really hit big back in the Eighties (when I was a teen). I had grown up on old black and white horror movies--Dracula, Frankenstein, Swamp Thing...My Saturday mornings were spent in front of the TV watching "Creature Feature," a local show hosted by "Dr. Paul Bearer." 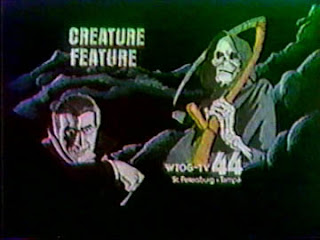 And then one day, at around the age of fourteen, someone invited me to watch Nightmare on Elm Street. I think my young mind must have made this association: What I've been watching was not actually horror. THIS is horror. I do NOT like horror.

Yet, looking back on the list of films that have been my faves over the years, I see titles like: Bram Stoker's Dracula, Interview With a Vampire, The Terminator, Alien(s), The Crow, Pet Sematary, Misery, The Sixth Sense, Silence of the Lambs, etc. All of these have a bit of gore in them, but it's not the main feature the way it is in the slasher movies. I actually like scary movies, creepy movies, psychologically intrusive movies. I just don't like deranged and disfigured psycho-killers bent on mass murder and dismemberment. I want movies with a certain level of intelligence--not just bloodfests meant to gross out the viewer or inspire cries of, "Cool! Did you see that! I didn't know your skull made THAT sound when hit with one of those..." Ick.

My point? I've been thinking about the "horror" label that has been placed on some of my writing. At first I didn't quite agree with it. I preferred "dark fantasy" or "thriller" because I was holding on to that old idea of horror meaning nothing but blood and guts and "Don't pick up the phone..." :P. But lately, I've begun to embrace the label. And this weekend I had the priviledge of attending the Necronomicon, a sci-fi/fantasy/horror/anime convention in St. Petersburg, Florida, where I met other horror writers and sat in on some cool discussions about the genre.

My next post will probably be some of the pics and such from the Necro. I haven't had time to download them yet. I had a LOAD of fun there. And I even got to meet the ultimate in horror, Cthulhu. He's really not so scary in person.
Posted by Kat Heckenbach at 8:22 AM

Kat, this is one of the best posts you have ever written IMHO (in my humble opinion) Great!

I had the same perspective, but my view was that HORROR = DEVIL. I caught THE EXORCIST at a very young age, and had a friend begged me to read the AMIITYVILLE HORROR series with him at a young age. (Saw the slasher films too - but already had the demon movies under my belt. Didn't bother me - just kidding) I then put Horror in one "vein" --- devil. Didn't like it.

I think the first time I really noticed I was wrong happened when I notice UNDERWORLD in the horror section -- and then I too loved: ANN RICE and M Night Shyamalan and THE CROW, VAN HELSING, HELLBOY. . .Thus I changed my mind. I will just stay away from the "drops" Damian Omen, etc. LOL

Oh and lets not forget WILLING BLOOD by Kat Heckenbach.

I think I need some of my family members to read this post!!! :)

Thank, KM! I was kinda afraid I was blathering a bit :). You bring up a great point about thinking horror equates to evil. Man, I could go on about that, too. I guess they're kinda parallel--if a movie is just there to glorify gore and the viewer is only watching it to get a thrill out of seeing people die, then yes, it's evil. But that is not just bad horror--that's bad movies. Bad stories.

I still haven't seen Underworld. I WANT to--I just haven't had a chance.

Thanks for pluggin' "Willing Blood" for me, too :). I've got another horror coming out in that mag (The Absent Willow Review) in January! Woo-hoo!